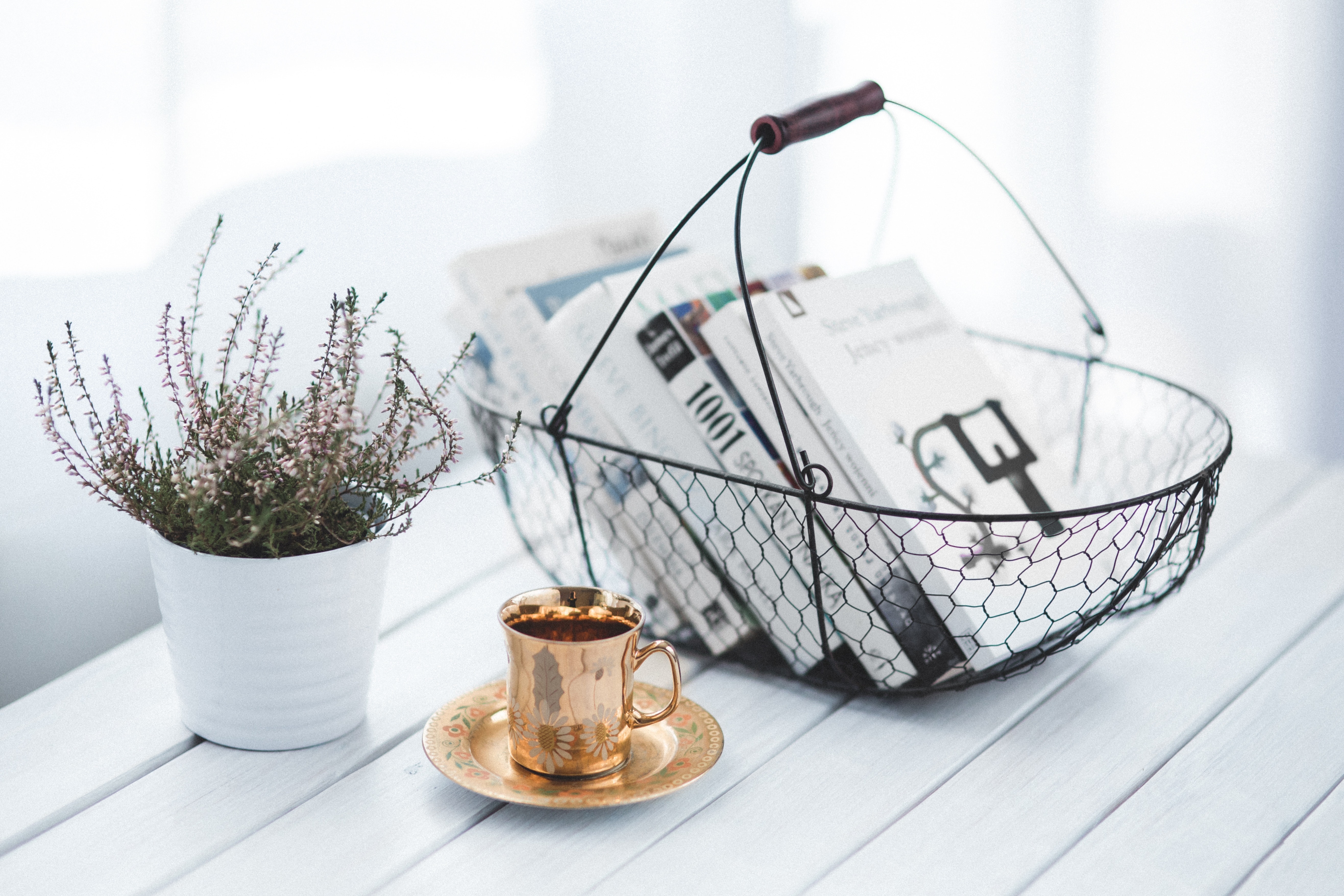 Posted at 17:54h in Books by Carolyn Gowen

Photo by Kaboompics.com from Pexels

The hot weather has continued throughout August, though lacking the searing intensity of July, which has made it more pleasant. August is the month of Jazz here – it never ceases to amaze me that our little next-door neighbour, population just under 1,300, welcomes 250,000 visitors over the three weeks of the festival, nor that it can attract world class performers like Wynton Marsalis, Jamie Cullum, Gregory Porter, Joan Baez and Carlos Santana.

For three weeks we can enjoy free live music in the village square; pop-up restaurants and bars and indulge in one of my favourite pastimes – people watching. I find people endlessly fascinating, and that’s certainly been borne out in my August reading – biographies dominated.

I have no interest in golf as a game, I have never watched a tournament and would be hard pushed to name more than a handful of well known golfers, but I am interested in how someone who – on the face of it at least – had the world at his feet and was arguably the most famous sportsman on the planet managed to self-destruct in spectacular fashion.

It’s a fascinating story of the first billion-dollar athlete, told in meticulous detail by the authors who clearly thoroughly researched their subject. Woods did not co-operate in any way, so the book is based on previously published material, and interviews with those in Woods’ inner circle – past and present – who were prepared to speak to them. For me, this didn’t detract from the book at all. Die hard fans might feel differently.

One of the things which struck me most about reading this book was the way in which my opinion of Woods would change repeatedly. Bottom line – based on this book, he was not a pleasant man. Totally lacking in empathy, self-centred, and with no discernible moral compass in terms of his relationships with others, it’s difficult to feel any sympathy for him.

And yet, based on the account of his upbringing – which was bizarre to say the least and at times seems to have bordered on abusive – and the dreadful example set by his father it’s perhaps no surprise he turned out the way he did, and if he was a product of his upbringing it’s hard not to sympathise to some degree.  Nature or nurture?  It’s certainly the case that Woods’ childhood was so far outside the norm from such an early age that it’s difficult to see how he could have developed into a ‘normal’ adult.

The triumvirate of Woods and his parents operated not unlike a ‘mini Mafia’. If you were ‘in’ you were accepted 100%, but once you were deemed to have crossed them, or to have outlived your usefulness, you were cut out of their lives with a ruthlessness which was astonishing to read about.

Setting aside what he was like as an individual, I think there’s probably a strong case for the argument that he is the greatest golfer ever.  I found myself searching YouTube for videos of some of the remarkable shots chronicled in the book – even as someone who knows NOTHING about golf, I can recognise that some of these demonstrate just what an immensely talented golfer Woods was.

His attention to detail, his obsession with constantly improving his game, the relentless hours of practice, and the way in which he pushed his body beyond its limits (he played and won the 2008 US Open with a broken leg) all contributed to his professional success and regardless of what I might think of the man I can’t help but be impressed by his achievements.

There’s one passage in the book which I think perfectly illustrates just how remarkable a golfer Woods was:

‘Nike had recently shipped a box of prototype titanium drivers to Woods, so he could test them. There were six in total. After putting the drivers through their paces, Tiger told Devlin that he preferred the one that was heavier than the others. Devlin informed him that all six drivers were the exact same weight. Tiger argued otherwise, insisting that one weighed more than the others. To prove him wrong, Devlin sent the drivers back to the design wizards at the Nike testing facility in Fort Worth with instructions to weigh them. They found that five drivers were exactly the same weight, but the sixth was two grams heavier. When they pulled the club apart, they discovered that an extra dab of goo had been added to the inside of the head by one of the engineers to help absorb a few floating particles of titanium. The weight of the goo was equivalent to the weight of two one-dollar bills. Yet Tiger noticed the difference in the way the driver felt in his hands.’

I enjoyed this book and at times found it hard to put down.  Since his meltdown in 2009 Woods has embarked on a comeback. The book covers some of this, noting how Woods has worked to change the aspects of his life which were destroying him and those around him.  He’s not won a major tournament yet, but the consensus seems to be that his comeback has been a success so far. I can’t help but wonder whether Woods would agree.

Firstly, I am a huge football fan and, as a Liverpudlian, a dyed in the wool Liverpool FC supporter, so I appreciate there may be some bias at play here.

Klopp was a professional footballer for 15 years, most of which were spent at Mainz 05 before becoming their manager in 2001.  Having taken this lower division team to the Bundesliga, he was signed as manager of Borussia Dortmund in 2008 and led them to back to back league titles in 2010/11 and 2011/12.

He became manager of Liverpool FC in October 2015, after being courted by – and rejecting – Manchester Utd, Manchester City and Tottenham.  Dubbing himself ‘The Normal One’ in parody to Jose Mourinho’s claims of being ‘The Special One’, Klopp soon won over the hearts and minds of Liverpool players and fans.

For any Liverpool fan this book is an intriguing insight into Klopp’s philosophy as a coach and leader, his values and his beliefs.  Though obviously football focussed, much of his philosophy could be applied by any leader of any type of business.  Personally, I’ve always been struck by his Stoic attitude to life – and football. He never wastes headspace dwelling on losses or ‘what might have been’. He seeks only to learn lessons from the past and use what he has learned to improve the outcomes in the future.

In an era of ‘super celebrity’ which dominates the game so much, he is also refreshingly humble. Just this last weekend, when asked in a post-match press conference to comment on Jose Mourinho’s comments that the press should stop giving him a hard time and instead turn their attention to managers who ‘haven’t won any trophies outside their home country’, this was Klopp’s response:

The Adversary: A True Story of Monstrous Deception – Emmanuel Carrère

“On the morning of Saturday January 9th 1993, while Jean-Claude Romand was killing his wife and children, I was with mine in a parent-teacher meeting…”

The opening words of this book, which recounts the true story of Claude Romand. On the face of it Romand was a successful doctor and family man living in an affluent village close to the Swiss border, who worked as a researcher at the World Health Organisation. In reality he had spun a web of deceit spanning more than 18 years, from the point at which he was expelled from medical school.

It’s a disturbing story, extremely well told by Carrère, one of France’s most highly respected authors, who corresponded with Romand in prison both before and after his trial.

It illustrates quite chillingly how there are people who can live amongst us and seem so normal when they are nothing of the kind. Even those closest to them can somehow fail to see the truth.

Romand was only able to maintain his façade for so long by swindling family members out of their life savings and – ultimately – murder.  As it became clear to him that his past deeds and the false narrative which he had maintained throughout his adult life were all about to be exposed he had two choices – come clean or not.  He chose the latter option, murdering his family in cold blood and trying to cover it up by setting their house on fire. He was supposed to die in the blaze, which was staged to look like an accident, but he was rescued and survived.

It’s a remarkable story and one of the most chilling I have read for a long time.  It’s a difficult book to recommend and to be honest not a brilliant translation from the original French (too Americanised for my liking), but if this kind of subject interests you then it’s worth a read.