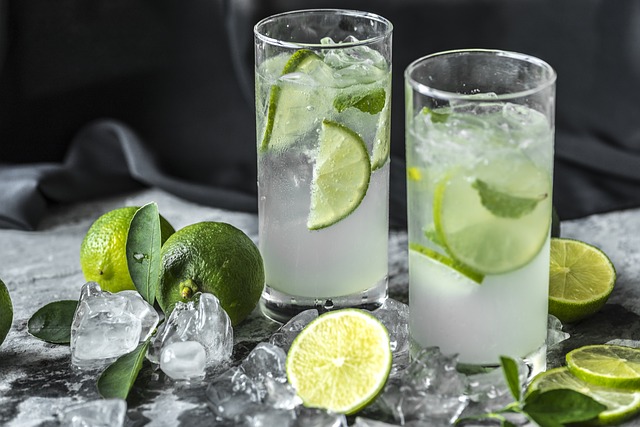 Posted at 14:30h in Books by Carolyn Gowen

July.  It’s been a month of sizzling temperatures.  While in the UK they’re calling this a heatwave, here in France it’s just called ‘summer’.

Not for the first time, during the past month I have given thanks to the 17th century builders of our house – they knew what they were doing.  Built of stone, with walls up to two feet thick, even the most intense summer heat can’t penetrate.

With temperatures nudging triple digits for most of the month once the morning farm chores are done all of us living here retreat to the cool of the house or the barns during daylight hours.  But come the evening, when the temperature drops to a balmy 70F, we can all venture out again.  For the animals it’s time to graze.  For me, it’s been a crisp, cold glass of rosé and a good book…

Rocket Men: the daring odyssey of Apollo 8 and the astronauts who made man’s first journey to the moon – Robert Kurson

In July 1969, when Neil Armstrong made that first giant leap for mankind I was a few months shy of my sixth birthday.  I have vivid memories of watching the moon landing on TV, but I am too young to remember Apollo 8 – the first manned spacecraft to orbit the Moon in December 1968.  This book tells the remarkable story of that mission.

By the summer of 1968 the US was losing the space race.  The Russians had put a man – Yuri Gagarin – into space in 1961, the first human to orbit the Earth, and looked set to win the ultimate prize of being the first to achieve a manned Moon landing.  To the Americans this was unthinkable.  At a time when relations between the two nations were at an all time low, whichever country achieved this goal would, in the eyes of the world, be viewed as the ultimate superpower.  Just a month after Gagarin’s mission President John F Kennedy committed the US to landing a man on the Moon, and returning him safely to Earth, before the end of the decade.  The gauntlet had been thrown down.

Sadly, just two and a half years later, Kennedy was assassinated.  Nevertheless, NASA refused to give up on the challenge he had set them.

Following several years of jockeying for position with the Soviets, and the disaster of January 1967 when three US astronauts were killed when their capsule caught fire on the launchpad, the decision in the summer of 1968 to send Apollo 8 into space to orbit the Moon in December that year seemed both impossible to achieve and utter madness.  And yet, they achieved it.

There’s a passage in the book which relates the words the astronauts spoke on a live broadcast back to Earth on Christmas Eve.  I’m not a religious person, but reading their words made me cry.  Thanks to the wonders of ‘the internets’, I was able to watch that broadcast.  If you’ve not seen it before, take a look, it’s just a couple of minutes.

On paper this mission had only the slimmest chance of success.  To think that 50 years ago we were able to send men 250,000 miles into space, maintaining virtually constant radio contact with Earth (the only time communications were broken was when Apollo 8 reached the far side of the Moon – and even then the amount of time the craft would be out of contact calculated by NASA was out by only one second), AND to make a live TV broadcast back to Earth seems incredible to me.

The story of Apollo 8 is masterfully told by Kurson.  I loved this book.  Not only is it an incredible story, it is also testament to the amazing things which mankind can achieve.  In a world where it’s sometimes hard to focus on the positive this book is a welcome antidote to that.

“Revenge is a dish best served cold” goes the saying.  This book is the epitome of that sentiment.

Venture capitalist Peter Thiel is best known as the co-founder of PayPal, and as one of the first major investors in Facebook.  An intensely private man, he was horrified when, in December 2007, online ‘tech news’ site Valleywag, owned by online gossip site Gawker Media, published a blog post outing him.

Gawker’s modus operandi was to expose the secrets of and lampoon public people whom they felt were worthy of their attention.  Protected by America’s First Amendment they felt justified in saying whatever they wanted about whomever they wanted.  A few had tried, and failed, to take legal action against them and the owner Nick Denton and his band of writers must have felt invincible.

Turns out they picked a fight with the wrong man.  Whilst Thiel was unable to take any action regarding the various posts written about him, he was prepared to bide his time until he could find a story published by Gawker which stepped outside of the protection of the freedom of speech laws.  As a billionaire he had the means to fund a team to do this.  As a man who felt convinced they needed to be stopped, he had his motive.

So began a years long, secret operation to find the right story.  Eventually, in 2012, the team found their story.  Professional wrestler Hulk Hogan had, a few years previously, secretly been filmed having sex with his best friend’s wife.  The film was subsequently sold to Gawker who published it on their website.  Despite a cease and desist letter from Hogan’s lawyers, Gawker refused to take the film down and so Hogan prepared to sue them.  This was what Thiel had been waiting for – a case which came under the remit of the privacy laws, not the laws governing free speech.  Working through a young man known only as ‘Mr A’ Thiel offered to, anonymously, fund Hogan’s case.

It would be a further four years before the case came to trial and the outcome was better than Thiel ever could have anticipated.  A jury awarded Hogan damages totalling $140 million.  Game over for Gawker.

It’s a fascinating story – it’s ‘The Art of War’ for the 21st century, as author Robert Greene describes it.  Gawker made one huge and fatal mistake – the culture of the business meant they never took their opponent seriously.  As a result, they did virtually nothing to prepare for the trial.  As Holiday relates:

“The line attributed to the management guru Peter Drucker is that culture eats strategy.  It’s a truism that applies as much to conspiracies as it does to businesses.  It doesn’t matter how great your plan is, it doesn’t matter who your people are, if what binds them all together is weak or toxic, so, too, will be the outcome—if you even get that far.  But if the ties that bind you together are strong, if you have a sense of purpose and mission, you can withstand great trials.”

Holiday’s book charts not just the events that occurred over almost a decade and which led to the jury’s verdict, but also the aftermath.  After the trial, Thiel was identified as Hogan’s mystery backer and – in an unexpected twist – the media turned against him.  Initially, many in the media had supported the verdict, but now Thiel was portrayed as a vindictive billionaire who thought he could buy justice, and a threat to free speech.  Not at all what Thiel had anticipated. He thought he was being philanthropic.  The whole episode cost him in the region of $10 million.

Who’s right?  Holiday leaves it to us to decide.  What is clear, he says, is that to win, Thiel demonstrated qualities which arguably we could do with more of – focus, drive, refusing to accept what he deemed to be unacceptable.  Maybe, he asks, what the world needs to drive change is more conspiracies?

Trevor Noah hosts The Daily Show on US TV.  A world-famous comedian, but there’s little that’s funny about this book chronicling his life growing up in South Africa under apartheid.

The son of a white, Swiss, father and a black, South African mother, Noah literally was ‘born a crime’ since interracial sex was illegal.  Noah was brought up by his mother, and he spent part of his childhood in the township ghetto of Soweto.  His mother sounds like just the most incredible woman – she was determined that he would have the opportunities denied her and many like her, that he would not pay the ‘black tax’.

Whilst few left the township during apartheid she was determined that her children would know of the world that existed beyond its boundaries, that they would educate themselves to be able to profit when apartheid finally ended (which it did when Noah was six years old).

Of course, life under Nelson Mandela did not immediately improve a great deal.  You can’t undo a system like that overnight.  Life was tough for Noah and his family, and thousands more like him. As Noah points out, whilst young blacks might have finally received a decent education, it’s not that simple:

“So, for many young men in South Africa’s townships, freedom looks like this: Every morning they wake up, maybe their parents go to work or maybe not.  Then they go outside and chill on the corner the whole day, talking shit.  They’re free, they’ve been taught how to fish, but no one will give them a fishing rod.”

So, if you can’t find work, what’s the alternative?  Crime.  And why is that an appealing alternative?

“The hood made me realize that crime succeeds because crime does the one thing the government doesn’t do: crime cares.  Crime is grassroots.  Crime looks for the young kids who need support and a lifting hand.  Crime offers internship programs and summer jobs and opportunities for advancement.  Crime gets involved in the community.  Crime doesn’t discriminate.”

I knew about the apartheid regime before reading this book – as a militant teenager I frequently marched against it.  But reading this book opened my eyes to issues I really hadn’t thought about previously.  The above, for example.  And this:

“I often meet people in the West who insist that the Holocaust was the worst atrocity in human history, without question.  Yes, it was horrific.  But I often wonder, with African atrocities like in the Congo, how horrific were they?  The thing Africans don’t have that Jewish people do have is documentation.  The Nazis kept meticulous records, took pictures, made films.  And that’s really what it comes down to.  Holocaust victims count because Hitler counted them.  Six million people killed.  We can all look at that number and rightly be horrified.  But when you read through the history of atrocities against Africans, there are no numbers, only guesses.  It’s harder to be horrified by a guess.  When Portugal and Belgium were plundering Angola and the Congo, they weren’t counting the black people they slaughtered.  How many black people died harvesting rubber in the Congo?”

Noah’s book is entertaining, but it’s much, much more than that.  I started reading it expecting it to be a lightweight, humorous account of his upbringing.  Instead I got an insight and education on a world I previously knew nothing about.  Brilliant.