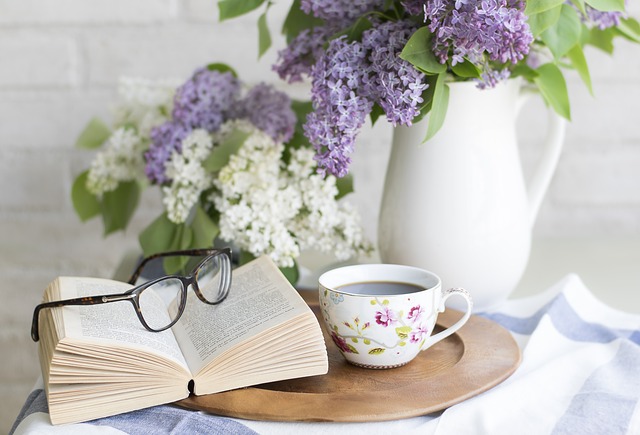 Posted at 10:39h in Books by Carolyn Gowen

Josh Brown published a blog recently which made me chuckle.  There is definitely an element of ‘competitive book-reading one-upmanship’ on Finance Twitter at times.  I think Josh has his priorities right though.  The books will wait, and the good ones will still be good even if he doesn’t get round to reading them for a while, as I can attest.  Just a couple of months ago I reviewed a book that had been sitting unread on my bookshelf for over 20 years!  Numerous house moves and life changes later, it was still a very good read.

That said, on to the best of what I read in May…

In January 2002 Channel 4 aired its most expensive drama ever – starring Kenneth Branagh, Shackleton told the story of the explorer’s Antarctic voyage in 1914.  It’s one of the most gripping dramas I’ve ever watched and has stuck with me ever since.  In writing this review I am delighted to discover that you can watch it on All4.  If you’ve never seen it I would highly recommend doing so.

Until a few years ago I wasn’t aware of Lansing’s book but tucked it away in my Amazon wish list when I discovered it and it finally got to the top of the pile this month.

The sign of a great book – I read this book when temperatures were in the high 20s and felt cold.

Lansing does a tremendous job of capturing an inkling of what life must have been like for the men trapped on the ice and the dangerous and harrowing journey they undertook.  From setting sail to reaching safety was over two years.

After 10 months of being trapped on the ice the Endurance was finally crushed by the ice, meaning that the group had no choice but to set out on an 850 mile trek hauling boats, supplies and sleds.  Eventually they were forced to split up, with one party trying to sail a lifeboat not designed for such a voyage in polar waters to a whaling station in South Georgia whilst the others were left behind on a tiny beach waiting for help to arrive.

The fact that the first group not only reached help, but that the entire party survived, is a true testament to what humans are capable of even in the most unimaginable conditions.

Lansing was able to interview almost all the surviving members while writing this book and was provided with the diaries of those who kept them.  It is therefore undoubtedly an accurate account of their experiences.

The human spirit is truly amazing.  This is a brilliant book, recounting a remarkable story.  Very highly recommended.

Shadow Divers: The True Adventure of Two Americans Who Risked Everything to Solve One of the Last Mysteries of World War II – Robert Kurson

I first heard about this book via Patrick O’Shaughnessy’s Reading List.

In 1991, a group of weekend shipwreck divers discovered a WWII German U-Boat which had sunk off the coast of New Jersey.  The wreck had no visible identifying marks, and official records indicated no U-Boats had been sunk in the area, which led to a six-year quest by two of the divers to determine the identity of the U-Boat and its crew.

This was no mean feat.  For starters, the wreck was situated in an area of the Atlantic where treacherous currents made diving incredibly dangerous.  It was also at a depth which meant only very short dives were possible, with long and slow ascents back to the surface to avoid the bends.  The wreck itself was a mangled heap of metal, its interior a death trap, as the divers were to discover.

You don’t have to be a fan of diving to enjoy this book.  It’s a fascinating and ultimately hugely poignant story of the dogged determination of the divers and the young German crew, all of whom perished when the vessel was sunk.

As with Lansing, Kurson’s story is based entirely on lengthy interviews with those involved and documentary evidence.  There is no need for embellishment in the telling of the story – it is amazing enough without it.  Another highly recommended book.

The Black Swan: The Impact of the Highly Improbable – Nassim Nicholas Taleb

I came across this while browsing the book shelf in the office a couple of months ago and immediately wondered why I hadn’t previously got around to reading it.

Looking at it now, after doing so, I see that it probably has more notes, highlights, and under-scored passages than any book I’ve ever read.

Taleb has a bit of an odd reputation and I can understand why.  He has very strong opinions and isn’t afraid to express them – over and over again.

So, what is a ‘Black Swan’?  According to Taleb it is an event which has three attributes:

Something which is highly expected which does not happen would also be classified as a Black Swan.

9/11 is the classic Black Swan event.  Ditto the Bastille Day terrorist attack in Nice in 2016 (or most terrorist attacks in the modern age to be honest).  The internet, the rise of Hitler, the demise of communism – all Black Swans.

The book is very readable, and I did enjoy it – not least because it made me think.  It challenged some of my views on the world, and whilst I far from agree with everything Taleb posits in the book, I felt I learned a lot.  The notes, highlights etc are all around comments, stories, and ideas I want to look into in more depth.  Another sign of a good book, I think.

For all its pomposity and at times downright egotistical pontificating there were two particular quotes which showed Taleb’s humbler side and really resonated with me, both very near the end of the book:

“Imagine a speck of dust next to a planet a billion times the size of the earth.  The speck of dust represents the odds in favour of your being born; the huge planet would be the odds against it.  So stop sweating the small stuff.  Don’t be like the ingrate who got a castle as a present and worried about the mildew in the bathroom.  Stop looking the gift horse in the mouth – remember that you are a Black Swan.”

Killers of the Flower Moon: Oil, Money, Murder, and the Birth of the FBI – David Grann

This is a simply remarkable book.  I think most of us are aware of the poor treatment of Native Americans over the years but this extraordinary true story takes that to another level.

In the early 1870s, the Osage tribe were driven out of their lands in Kansas onto rocky, presumed worthless, land in Oklahoma.  The Osage were canny enough to suspect that resources might lie beneath the scrub and as part of the deal they retained rights to anything found below ground.  Several decades later oil was discovered on the land – some of the largest deposits ever found in the US – and prospectors had to pay the Osage to access it.  As a result, by the early 1920s the Osage were the richest people, per capita, in the world.

It’s not difficult to imagine what the white population thought about that.

Then, one by one, members of the tribe started to be killed off…

Apart from the murders this is also the unsavoury tale of extortion on a grand scale, as many of the Osage were deemed by the lawmakers of the time to be incapable of managing their money themselves and so ‘guardians’ were appointed to oversee their spending, with perhaps inevitable results.

Corruption existed on a scale almost impossible to comprehend.  The Osage literally had no one to turn to for help.  Until an ex-Texas ranger appointed by J Edgar Hoover to the newly formed Bureau of Investigation rode into town…

Part murder mystery, part courtroom drama and part history lesson I think this will end up being one of the best books I will read this year.  Absolutely fascinating.  I can’t recommend it highly enough.