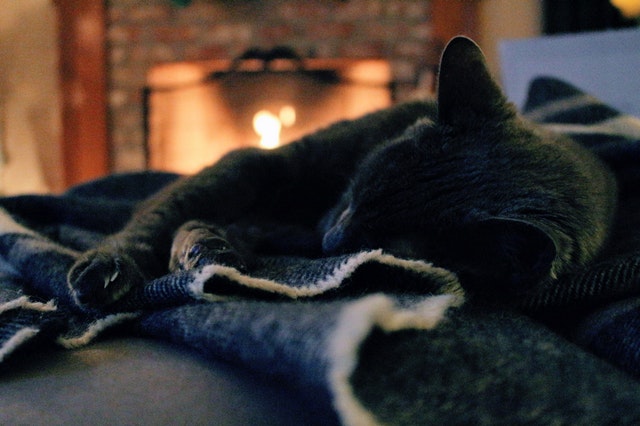 Posted at 14:04h in Books by Carolyn Gowen

Autumn well and truly arrived in October, encapsulated in the wonderful autumn foliage and the foggy early mornings which gradually gave way to warm sunshine.  The shorter days and colder nights mean the thick walls of our farmhouse can no longer keep the house warm, so the woodburner had its first lighting this month.  The temptation to curl up beside it doesn’t just affect us: our four cats now seem to be permanently draped on the furniture nearest to it as well.

Here’s the best of what I read in October…

In 2004, Stanford college dropout, Elizabeth Holmes, launched her startup, Theranos, which intended to revolutionise the way in which blood testing is carried out. She patented a device which would reduce the amount of blood required for testing to just a few drops, and which would analyse the blood sample for a whole range of illnesses from diabetes to cancer, with results sent wirelessly to the patient’s doctor.  A device which could revolutionise the medical industry.

There was just one problem – the technology didn’t work.

Despite this, Holmes managed to use family connections to obtain the initial funding for the company, followed up by subsequent funding rounds which by 2014 valued the company at $9 billion, making Holmes the youngest female self-made billionaire. She was able to obtain financial backing from several ‘men of a certain age’ including Henry Kissinger, Rupert Murdoch and General James Matiss all of whom acted as staunch allies when difficult questions started to be asked.

It’s interesting that the veteran venture capital companies declined to invest – in one pitch to a VC firm Holmes was asked so many questions which she couldn’t answer that she stormed out of the meeting.

Styling herself on the late Steve Jobs (she adopted his trademark black turtleneck sweater), Holmes managed to fool investors for years.  Employees were bullied and forced to sign confidentiality agreements on joining and non-disclosure agreements when they left – and many left.

The threat of a lawsuit ensured their silence until Wall Street Journal (WSJ) journalist, John Carreyou, received a tip which led him to start digging.  Eventually he managed to get several ex-employees to speak to him on the record – an act of bravery on their part given the tactics Holmes used to try and silence them.

After publishing a series of articles in the WSJ (and kudos to them for having the courage to do so) things started to unravel for Holmes.  She and her partner Sunny Balwani were charged with defrauding investors by the US Securities & Exchange Commission in March this year and Holmes has been barred from serving as an officer or director of a company for 10 years. They were then indicted in June on charges of conspiracy and wire fraud.

The losses suffered by investors are substantial, totalling over $700 million:

This is one of those books which proves the adage ‘truth is stranger than fiction’. It’s a fascinating book which reads like a thriller. Highly recommended.

This was the October book choice of the Book Club I belong to.  An unusual choice as we have tended in the past to stick to contemporary fiction and I feel rather ashamed to admit that I had never read anything by Somerset Maugham before.

Published in 1944, the book begins in 1919, after the end of the First World War, and ends in 1939, just before the start of the second. It flits between Chicago, London, Paris and the French Riviera. The story centres around Larry Darrell, a young idealistic American recently returned from the war, and his quest for the meaning of life.  There are five other main characters, including Larry’s fiancée Isabel whose desire for the good things in life is at odds with Larry’s quest for a simple, spiritual one.  The seventh character is Maugham himself, who acts as the story’s narrator.

As the book’s protagonist, I found Larry to be my least favourite character in the book. Most of the time I felt he could do with a good slap. By far my favourite character was Isabel’s Uncle Elliott, a wealthy bachelor, and an out and out snob but with the kindest and most generous of hearts.

I was very quickly drawn into the story, and emotionally invested in the characters, and spent the first half of the book worrying about the impending stockmarket crash of 1929 and how this would impact them all (although I admit I couldn’t have cared less if it had badly affected Larry).

I really enjoyed this book. It’s a quick read, and although it dates from another era, I found Maugham’s use of language – excepting the short foray into the wonders of Eastern mysticism which I thought was the least convincing part of the story – to be just the right blend of simple and smart. The characters were so well drawn they stayed with me for weeks after I finished the book – I think that’s always the sign of a good read.

Gosh, this was a depressing read. It’s a good book, but every time I picked it up to read it, I ended up feeling as though I’d stepped into the seediest of seedy nightclubs.  After finishing the book, I read this review on Amazon and honestly, I couldn’t have put it better myself:

“The only reason I didn’t give this 5 stars is because the content disturbs my better nature. It’s not like this book is telling me something I didn’t already know, why I don’t read the “news” and especially op eds, it’s because I’m being shown the truth in despicable realism, and the omnipotent shadow cast is long and cold. In a less poetic way I’d say this book is an uncomfortable stark reality told in bald face matter of factness, like a sociopath describing decapitation.”

Holiday sets out, in detail, 1) how easy it is to manipulate the media into promoting you and whatever it is you’re selling, and 2) how the news we consume has morphed into a desperate competition for page views.  Along the way, the truth has well and truly fallen by the wayside.

Holiday originally published this book in 2012, but I read the updated 2017 edition.  As with Michael Lewis’s Liar’s Poker (a scathing attack on Wall Street’s culture in the 1980s, which ended up encouraging people to want to work in that industry), after publication Holiday, who wanted the book to be viewed as a lesson on how NOT to behave, began to hear from people who had used the manipulative tricks he outlines in the book to their own benefit. Worse still, “I never dreamt that my book would be cited as an influence by the people who helped get an unhinged lunatic and former reality television star elected to the presidency.”

Of course, I realise that we live in a world of fake news. What I hadn’t appreciated before reading this book was just how far those tentacles have spread, the effect on us and our ability to separate truth from fiction, and perhaps most importantly – the extent to which we feed the monster and are perpetuating the problem.

This was the perfect antidote to the last book. The second in Milton’s ‘History’s Unknown Chapters’ series (the first one is also worth a read), this is a collection of short snippets from history. Each tale is told in just a few pages and I would be willing to bet they are morsels of history of which you are totally unaware.  It’s worth pointing out that whilst highly entertaining, this is not a comedy book. A fair proportion of the stories are from the Second World War and range from the absurd to the tragic.

Although each tale is recounted in about four pages, there is an extensive ‘Further Reading’ list if you wished to delve into any of the stories in more detail.

A great book for those who love trivia.  Dare I say it would also make a good addition to your library in ‘the smallest room in the house’?