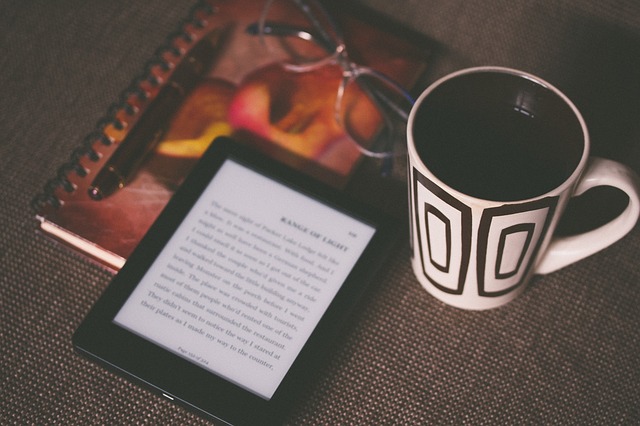 Well, here’s a book that doesn’t pull any punches – though that’s only to be expected from an author who has built one of the largest, if not the largest, online presences in the financial world via his blog, ‘The Big Picture’, where he’s never shy about sharing his opinions.

This book was written in 2009, when the catastrophic events of the previous year were still fresh and still being felt across global economies.  The book sets out to ask – and answer – one central question: How did we get here?  It charts the history of the US’s gradual progression towards becoming a bailout nation, from the creation of the Federal Reserve to the ‘Pre-Bailout Nation’ period and from there the long, well-trodden path which led us to the point where those deemed ‘too big to fail’ in 2008 were ultimately – with few exceptions – rewarded for playing fast and loose with their clients’ money by being bailed out by US taxpayers.

Looking at various market events and the bailouts which followed he posits the questions, ‘What might have happened if those earlier bailouts hadn’t happened?’  ‘Could the insanity of 2008 have been avoided?’  The conclusion he draws, and I’d be inclined to agree with him, is that yes, maybe it might have.  By the time things started to get hairy in 2007, ‘moral hazard’ was endemic as Wall Street was already of the mindset that the Fed – and the government – would come to their rescue.  Perhaps if companies had been allowed to fail in the past the Street might not have been quite so blasé.

It must have come as a shock to Bear Stearns and Lehman Brothers when they became the ‘sacrificial lambs’, but they were small beer when compared to the hundreds of billions of dollars that US taxpayers paid to save the rest of the culprits.

The book is part history lesson, part forensic examination of a situation that was still unfolding while the book was being written and part damning indictment of the varied cast of characters and organisations who must take responsibility for nearly bringing the global economy to its knees.  In this final part of the book Ritholtz spares no one’s blushes but while he takes an entirely unpartisan stance in apportioning blame he equally highlights those whom he feels have been wrongly accused of contributing to the crisis.

A fascinating book, extremely readable with a depth of research behind it.  Highly recommended.

Factfulness: Ten Reasons We’re Wrong About the World – And Why Things Are Better Than You Think – Hans Rosling

In stark contrast to the above, here’s a book which celebrates the good and the positive in the world around us.  This is the last book written by Rosling, who died in 2017 before it was published and it was – as with much of his work – written in conjunction with his son and daughter-in-law.  A medical doctor who became an adviser to the World Health Organisation and UNICEF, amongst many other roles, he is probably best known for his fascinating Ted Talks.

I loved this book.  One of the reasons I very rarely watch any TV news or read newspapers is because I believe it warps our view of what is really going on in the world, focussing mainly on trivia which has no long lasting relevance.  This book celebrates the massive progress that is being made in lifting people out of extreme poverty, vaccination programmes, education and improving life expectancy.  I guarantee that you will be amazed at some of the statistics – in a good way.  Not only does Rosling tell us what the world really looks like, he explains why our world view is so skewed and – most importantly – what action we can take to correct this.

Rosling writes in the same way in which he presented his Ted Talks – with an energy and good humour which radiates from every page.

I was interested to read that Bill Gates is donating a copy of this book to every US college graduate this summer – a fantastic idea.  I think this book should be compulsory reading for anyone, of any age.

If you want to know what the world REALLY looks like, turn off your TV and read this book.

I, Fatty: a novel – Jerry Stahl

At the height of his fame, Roscoe “Fatty” Arbuckle was one of the highest paid actors in Hollywood, the first to earn $1m a year.  This book is a fictionalised account of his life, written in the style of an autobiography.

Adored by his fans, and more popular than Charlie Chaplin in his heyday, it all came crashing to an end when he was accused of the rape and murder of actress Virginia Rappe.  Though rightly acquitted, the trial and retrial inflicted lasting damage on his career.  His many friends turned out to be fair weather friends, with the notable exception of Buster Keaton, who stuck with him through thick and thin.

Arbuckle’s life was the typical ‘rags to riches’ story – from a dirt-poor background, abandoned by his brutish father after the death of his mother, he found his way into vaudeville at the age of 10.  Throughout his adult life he struggled with alcohol and drug addictions and – like so many comedians – was, at heart, a tragic character.  He hated being called ‘Fatty’ and suffered throughout his life – both physically and emotionally – because of his size.

Both funny and sad, I really enjoyed this book.  My only prior knowledge of Fatty Arbuckle was the silent films which were always shown during the school holidays when I was a kid.  My younger brother adored him and thought he was hilarious.  I had no idea there was such an interesting story behind the fat man.

I didn’t intentionally set out to review two books from members of the Ritholtz Team this month but Michael’s book arrived much earlier than anticipated and I couldn’t resist diving into it as soon as it arrived.

A lot of books have been written praising the incredible talents of the likes of Warren Buffett, Benjamin Graham and Jack Bogle but no one has told the stories behind their mistakes – until now.

Michael’s book documents the biggest mistakes of 15 well known investors and examines the reasons why they made those mistakes.  The big reveal?  Turns out they’re just like us – just as susceptible to ego, just as likely to suffer from the same behavioural mistakes we all make.  Only the numbers are substantially larger!

The stories are entertaining and informative.  There’s a lesson to be learned in every chapter – without ever being preachy.

This is not a ‘how to’ book or what my husband calls ‘one of your self-help books’, but it is a book where we can all benefit from reading about the mistakes of others.

This book is a quick read – and that’s a compliment.  Most of the books I read average around 300 pages.  The authors could – in most cases – easily make their point in 200.  Michael’s book is 164 pages and no waffle.

It’s also a book you can dip in and out of as each chapter is a self-contained story.  You could also read it out of order – although I’d recommend you read the last chapter last.  Entitled ‘Looking in the Mirror’ it’s a warts and all ‘confession’ of the author’s own mistakes.  With great humility he chronicles his journey to where he is today, pulling no punches about the educational opportunities he failed to grasp and his days as a madcap trader who thought he was an investor.

This book isn’t pointing the finger.  It’s not trying to make these investors look bad.  It’s showing us that ALL of us essentially behave in the same way.  None of us is immune to the biases which exist, even when we KNOW they exist, and even when we have demonstrated huge success in the past.

This book passes my litmus test – the more scribbles, highlights, and underlined passages, the better the book.  Flicking back through this one I can see I highlighted something on almost every page.  Need I say more?