The cult of the fund manager 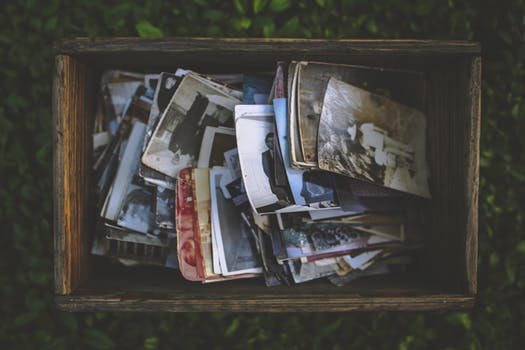 06 Sep The cult of the fund manager

Posted at 08:42h in Investment by Carolyn Gowen

I have read two articles in the last few days which triggered a trip down Memory Lane.

The first was this Morningstar article, which looks at the history of the ‘cult’ fund manager over the last 30 years.

Thirty years ago, in June 1987, I joined Hargreaves Lansdown (HL) as a life & pensions administrator. I knew absolutely nothing about investing.  One of my earliest memories of working there is the stockmarket crash of 19th October 1987, which occurred just four months after I joined the firm.

I arrived at work on ‘Black Monday’ to what can only be described as organised chaos. The previous Friday, UK stockmarkets had closed early and unexpectedly due to the ‘Great Storm of 1987’ (the one which wasn’t supposed to affect the UK) and therefore had not been able to react to the third consecutive day of significant falls in the Dow Jones Index in the US.  Asian markets had followed suit overnight, so by the time UK markets opened on that Monday morning, panic already had a firm grip.

The phones rang off the hook. Our investment managers had every client’s unit trust and share certificates laid out in piles in the board room (this was before electronic trading) and the dealers were frantically trying to place deals with the various unit trust companies, some of whom simply stopped answering the phones.

I’d never seen anything like it. Investment was exciting!

Over the next couple of years, I tried to learn more about what went on in the investment department, and eventually I found myself sitting at a desk next to a guy in his 50s who had been a stockbroker all his working life. He sat in front of a Teletext screen which displayed the share prices of the UK’s top 100 companies, and every day the screen was either predominantly blue (prices going up), predominantly red (prices going down) or a mixture (some prices going up, some going down).  At first, I would start each day by asking him, “Why are prices going up / down?”  I soon learned to stop asking that question.  If prices were going up, his answer was always, “There are more buyers than sellers” and if the reverse was happening, “There are more sellers than buyers”.  A small part of me thought there had to be more to it than that (and of course there was) but fundamentally, he was spot on.

Fast forward into the early 1990s, HL was recognised as one of the best brokers in the UK and every fund management group wanted to curry favour with the firm. A mention in an HL newsletter was worth a fortune to both existing funds and new fund launches (plus ça change, plus c’est la même chose).

As a result, a steady stream of fund managers would come to the office, dispatched from their ivory towers in London to the West Country. I had the privilege of meeting all the top managers of that decade.  They were (with only one exception) extremely nice men (they were all men).  Clearly highly intelligent, producing better results than many of their peers and therefore deemed worthy of their status as cult fund managers.

As John Rekenthaler, the author of the Morningstar article, points out, it was different in those days.  There simply wasn’t the level of information available that there is today and of course now it is so much easier to research and compare funds than it used to be.  Added to which, index investing was virtually unheard of.

Some of those managers I met in the 1990s have since retired, others are still in the business. Which leads me to the second article on this topic.

Robin Powell is a journalist who has probably done more than any other in his profession to try and educate the public about the costs of investing and as part of the Transparency Taskforce, he is lobbying on behalf of all investors to increase transparency in fee disclosure – the costs that you pay to invest.

Neil Woodford is probably the best known of the current ‘cult’ fund managers, so taking a less than complimentary stance towards him in this article is a brave move! To be fair, Robin is in no way ‘having a go’ at Neil, he’s simply pointing out what the evidence tells us – some money managers will beat the markets.  Some will even do it consistently for relatively long periods of time.

The problem is that we don’t know whether this is down to skill or luck. The data sets are too short term to be able to say with a high degree of confidence whether a manager’s outperformance is due to skill.  There are probably only two managers who have a track record long enough to be able to make that call – Warren Buffet and Charlie Munger, two men in their late 80s (and partners in the same firm) who have a track record in excess of 50 years.

As Robin says “No one knows the relative contributions of luck and skill to Woodford’s past success. But luck is not repeatable, and even if a fund manager has been skillful and profited from it in the past, there’s no guarantee that he or she will be able to convert that skill into outperformance in the future.”

I enjoyed my little trip down Memory Lane. But as Rekenthaler says in closing his Morningstar article:

“Thirty years ago, I fervently believed that informed investors were best served by buying funds run by star portfolio managers rather than their effective but bland competitors. Today, I would counsel the opposite.  To be sure, there are exceptions to that general rule, particularly for those investors (or their advisors) who enjoy the thrill of the chase, but there’s no doubt the game has changed.  The times are different.  The conditions are different.  Thus, the outcome is different.”

It’s entirely possible that another Warren Buffet is out there. The problems, however, are twofold: can you identify them in advance and if you feel that you can, are they going to be around, managing your money, for the entirety of your investment horizon?  Do you feel lucky?