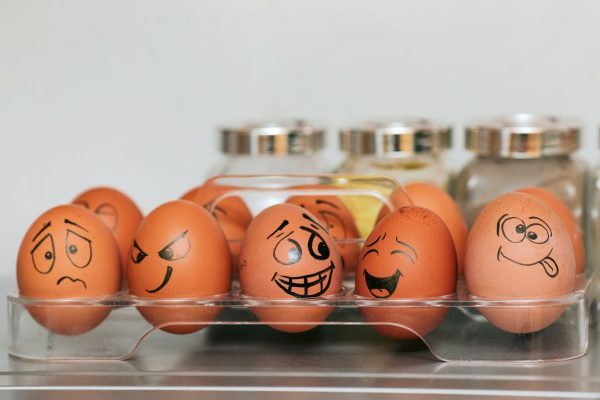 Posted at 14:38h in Financial planning, Investment by Robert Lockie

Image by tengyart on unsplash

Fear and greed are the two competing emotions which govern the behaviour of market participants and this applies regardless of the economic fundamentals which underpin the long-term performance of any investment.

Uncertainty, whether economic, political or stockmarket, has always been with us and always will be as the future is unknown. Meanwhile, investors and other market participants are prone to various psychological biases and they must manage these in the context of such a background. The last couple of years remind us that even when the fundamentals look unfavourable, market prices can diverge significantly from this and produce strong returns.

In such circumstances, where substantial segments of the economy have effectively been shut down yet market returns have been positive, investors must have felt something of a conflict between their fear and greed. Failure to manage these forces effectively can have a material long-term impact on the decisions that they make and consequently their long-term financial security. A couple of examples may serve to illustrate this point.

Availability bias is a phenomenon whereby people base their perception of risk on examples which they can easily recall when a subject is raised. For example, try asking someone how they would view the construction of a nuclear power plant near to their home. Most would recall one or more of the nuclear plant disasters of varying severity such as Fukushima, Chernobyl, Three Mile Island or Windscale. The prospect of a radioactive leak occurring on the other side of their fence unsurprisingly is something which they prefer to avoid. Although (or maybe because) leaks of radioactive material are uncommon, when they do occur they feature as major news items and therefore attract a lot of attention.

Yet despite this nuclear power stations are generally reliable and produce no emissions of the greenhouse gases to which fossil fuel plants are prone. With the world moving towards greener sources of energy, a focus on such aspects might be thought to favour nuclear over traditional energy sources. However, the principal concern of many over nuclear energy is the safety aspect. It may therefore come as a surprise to see that even with the fatalities from Fukushima and Chernobyl, as well as those from further upstream in the extraction and processing functions, the death rate from nuclear energy is among the lowest for power generation routes, being comparable with wind. 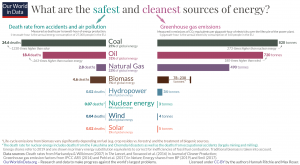 The consequence of a bias against nuclear power generation being based on a flawed appreciation of risk and reward is therefore to steer us in the direction of options which are less environmentally friendly and more dangerous.

Our difficulty in interpreting data is a similar impact when it comes to investing in the stock market. Most investors, if asked about historic crashes, will recall 1929, 1973-74, 1987, 2000-01 and 2008, even if they did not experience them personally. Particularly if they lived through them, they may recall the emotions of fear and anxiety which they experienced as rapid price falls reduced the value of investors wealth within relatively short timeframes. They may form the view that such crashes were not predictable and appeared without warning.

However, while predicting the timing was and always has been extremely difficult, identifying that a risk existed and how the conditions at the time might lead to a crash were possible. In some cases, valuations had been driven to unsustainable levels by speculation while in others external forces led to fears of economic contraction. Consequently, when many investors observe what they perceive to be ‘high’ valuations, they remember what followed and elect to keep out of the market in anticipation of a repetition. The difficulty they face is that nobody rings a bell when it is the right time to invest and missing out on even a few days when the market rises sharply can have a material impact on their ability to grow their wealth over the long term.

In effect, they pay too much attention to the risk and not enough to how they can manage it.

The stupidity of crowds

The other side of this coin is that when markets are at historic highs, many investors again fail to manage their risk effectively and end up buying near to the peak. Whenever I am in the US, I invariably (despite not trying) end up catching some of the CNBC show ‘Mad money’, hosted by Jim Cramer. This famous clip of him in action is from 11th March 2008 and as the chart shows, the share price of Bear Stearns at the time was around $75. Three days later the firm collapsed and it was ultimately sold for $10 per share.

Cramer is eternally optimistic and those who see him as an expert forecaster of the future as opposed to an entertainer should expect to have an exciting investment experience rather than a particularly rewarding one. Yet he is not alone and a scan of the finance section of any bookshop will reveal dozens of volumes offering the opportunity to become rich by following various ‘proven strategies’. When markets are booming, such authors and the promoters of ever more esoteric investments make hay as a new cohort of potential investors pile in for fear of missing an opportunity.

The pursuit of high returns as greed becomes the dominant emotion can be just as much of a barrier to effective investing as they again fail to manage risk properly.

The problem with being driven by either fear or greed is that neither blindly following everyone else or being focused entirely on previous market crashes is an approach likely to produce good outcomes. Prices can be high relative to their previous levels but there is no automatic obligation for them to fall to a more ‘reasonable’ or ‘correct’ level. They may stay at those levels (or even go higher) for a prolonged period. Future earnings may support the high valuations assigned to assets by current investors. Staying in cash in such circumstances could be as damaging for your long term security as piling in just because everyone else is.

Nearly two years ago, when the stockmarket went into freefall over fears of a hitherto obscure virus which threatened to spread from China to the rest of the world, we were in the midst of our annual tax year end planning exercise. Part of this entails making use of tax exemptions and allowances so it usually involves some transactions while we also rebalance portfolios back to their target weightings. On this occasion, this process found us selling assets which had held up fairly well and buying those which had fallen, in some cases by quite a lot. At the time neither we nor anyone else knew how deep the trough would be or how long it would persist. As it happens, it was only a few months before the global market had recovered to its pre-crash level, so diversified investors who followed a disciplined process and stayed invested would have ended the year richer than they started it.

Those whose fear and greed ruled their investing behaviour had to time correctly both when to liquidate and when to reinvest and neither of those is easy to do consistently.