Hubris Always Seems Ridiculous – Until It's Our Own 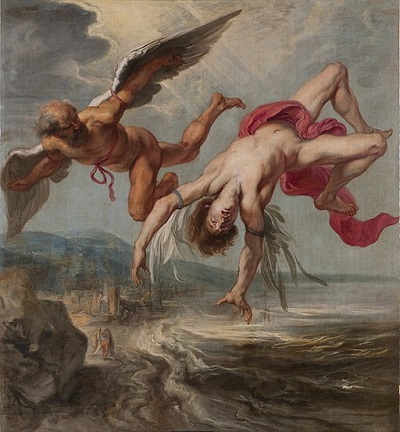 20 Aug Hubris Always Seems Ridiculous – Until It's Our Own

Posted at 15:16h in Behaviour, Investment by Carolyn Gowen

“But in all my experience, I have never been in any accident…of any sort worth speaking about. I have seen but one vessel in distress in all my years at sea. I never saw a wreck and never have been wrecked nor was I ever in any predicament that threatened to end in disaster of any sort.”

By April 1912, Captain Smith had acquired 43 years’ experience at sea, 26 of which were spent crossing the North Atlantic. Before becoming commodore of the White Star fleet in 1904 he had served as a Commander in the Royal Navy and was regarded as one of the most competent sea captains of his day, indeed some passengers would only sail the Atlantic if he was captaining the ship.

On 10th April 1912, Smith boarded the Titanic as captain for the ship’s maiden voyage. The rest, as they say, is history.

Smith’s words, quoted above, are an excellent illustration of the maxim that just because you have never experienced something doesn’t mean it will never happen.

There’s much speculation in the press and on social media currently on when the current bull market – one of the longest in stockmarket history – will end.  Of course, nobody knows, but at some point we will see world stockmarkets take a downturn.  When they do, it will come as a shock to many investors for whom investing in the stockmarket has, so far, been nothing but a broadly positive experience.  There may be varying opinions as to exactly when the current bull market began, but broadly speaking if you first dipped your toe into the waters of stockmarket investment after March 2009 it’s been pretty much plain sailing for you.

The danger is, you may start to believe your investment successes are down to superior skill on your part, rather than that you have merely benefitted from the market returns which were available to everyone.  If you reach that point, beware, as that’s when you are most at risk from hubris.

As Warren Buffett said in 2001, after the Tech Wreck the year before:

‘The line separating investment and speculation, which is never bright and clear, becomes blurred still further when most market participants have recently enjoyed triumphs.  Nothing sedates rationality like large doses of effortless money.’

It’s when you start to think you know better than the markets that you can run into trouble.  A couple of recent prime examples would be the Brexit referendum in June 2016 and the election of Donald Trump as US President in November that year.

Emotionally, it would have been tempting to become defensive and move at least a portion of one’s assets to cash after either of those events.  After the Brexit vote, many people did just that.  Here at Bloomsbury, in the days immediately following the referendum result I was poised to rebalance client portfolios, anticipating that equity markets would fall sharply as a result of the vote – but thanks to a disciplined and robust rebalancing process we didn’t try and second guess the markets and I ultimately ended up taking no action as the anticipated downturn simply failed to materialise.

“I know that I am smarter than the other fools out there” is a dangerous mindset to adopt, but we all tend to suffer from overconfidence in our own abilities.  Out of 600 professional fund managers asked in a study (Montier, 2010), almost three quarters said they were better than average (in the same way that 80% of us believe that we are better than average drivers).

Several studies have shown that overconfidence leads investors to overestimate their knowledge, underestimate the risks involved and increase their perception of their ability to control events.

A simple (but not easy) mitigation strategy: Have some humility – plenty of very clever people get beaten up by the markets.

Michael Batnick demonstrates this perfectly in his book ‘Big Mistakes’, using examples of some of the most well-known, and successful, investors of all time all of whom have proved that – as exceptional as they may be – behavioural biases can affect even the brightest of minds.

In his chapter on John Meriwether, one of the founders of Long Term Capital Management (LTCM), Batnick provides a perfect example of the dangers of overconfidence.

It also seemed too good to be true. And guess what?

As Batnick relates, the cracks first started to appear in 1997 when other traders started to catch up with LTCM and employ the same strategies.  This reduced the trading opportunities available, and at the end of 1997 LTCM made the decision to return a chunk of capital to investors – $2.8 billion in total.  However, they failed to reduce the size of the positions they held in the derivatives market, causing the leverage on the fund to increase from 18:1 to – ultimately – 100:1, with $1.25 trillion capital at risk in the markets.

In 1998 the fund started to lose money – 14% in the first half of the year. Then the unthinkable happened. In August that year Russia, suffering a huge drop in oil exports, defaulted on its sovereign debt.  Up until this point it had been widely believed that this should never happen as a sovereign country ultimately can always resort to the printing press to repay debt.  Once again, just because you have never experienced something doesn’t mean it will never happen.

LTCM found itself in a death spiral, facing losses of $3.6 billion.  In September, a consortium comprising Goldman Sachs, AIG and Berkshire Hathaway offered to buy LTCM for $250 million and to inject $3.75 billion to shore up the fund.  At the beginning of the year the firm had been valued at $4.7 billion.  Warren Buffett gave Meriwether one hour to accept the deal.  The hour expired before a deal could be struck.

LTCM was ultimately taken over by the US Federal Reserve Bank in an effort to avoid a global financial crisis.  Whilst this allowed an orderly winding up of the fund to take place, LTCM’s partners at one time had $1.9 billion of their own money invested in the fund. They lost all of it.

As Batnick sums up:

“Intelligence combined with overconfidence is a dangerous recipe when it comes to the markets.”

There are many steps we can take as investors to shield ourselves from the worst aspects of our emotional behaviour, but one of the most effective, by far, is process, process, process.

Investing using a well thought-out, evidence-based and systematic investment process helps to reduce the emotional pressures involved.  Its aim is to deliver investors with the highest probability of a successful investment outcome.

Of course, no process can guarantee that the outcome will always be favourable; it cannot, given the uncertainty of the markets.  What a robust process does do is to help us to make strong, rational decisions and to avoid the silly mistakes that prove to be so costly, so often.

Bad process or a lack of process has an upside outcome that is more down to luck than judgement.

Perhaps reflect a while on these wise words written by Charles D. Ellis in his excellent book ‘Winning the Loser’s Game’ (2002):

‘The hardest work in investing is not intellectual, it’s emotional.  Being rational in an emotional environment is not easy.  The hardest work is not figuring out the optimal investment policy; it’s sustaining a long-term focus at market highs or market lows and staying committed to a sound investment policy.  Holding on to a sound investment policy at market highs and market lows is notoriously hard and important work, particularly when Mr. Market always tries to trick you into making changes.’