I'll tell you what she wants, what she really, really wants 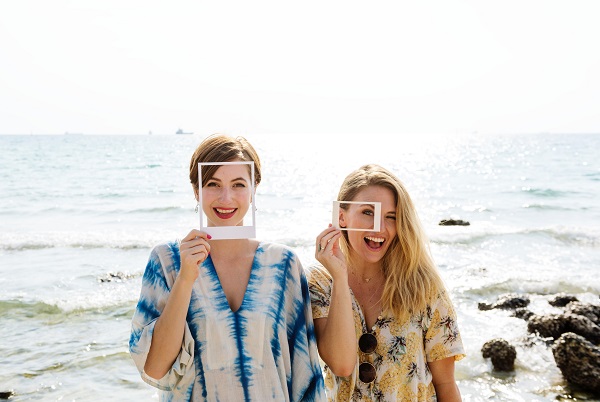 24 Apr I'll tell you what she wants, what she really, really wants

A few months ago, I met David & Stephanie* for the first time.  As is usually the case, it was David who had made the initial contact.  He had attended a presentation I had given on financial planning and evidence-based investing a couple of months earlier and, having recently inherited a substantial capital sum from his parents, he was seeking guidance.

Our meeting room isn’t like most firms’ meeting rooms.  Instead of an imposing ‘boardroom’ table and chairs we have comfy sofas and armchairs.  David & Stephanie settled into one of the sofas and I noticed that there was a slight air of tension in the room.

After the initial chit chat I explained that the point of this meeting was – a bit like a first date – to get to know each other a bit better and determine whether there might be merit in us working together.

I then asked the question which is always the first question I ask at initial meetings: “How did you two meet?”.

I immediately sensed a response from them which I often notice at this point: a slight element of being taken aback, a sense of surprise.  Whatever they might have been expecting to come out of my mouth at that point, it definitely wasn’t that.

Then I saw something quite special.  They turned and looked at each other – right in the eyes – and they both smiled.  For a split second I’m pretty sure they felt as though they were the only two people in the room.  Whatever the answer to that question was, it clearly brought back happy memories for both of them.  Stephanie then turned to me and said, “My best friend persuaded me to go on a blind date with him”.

Instantly, I saw them both relax, and the earlier tension disappeared. The rest of the meeting went well and they were both keen to move to the next stage.

As I walked with them back to the main reception of our building Stephanie said, “I really wasn’t keen on coming to this meeting today.  I’m not interested in money and know nothing about the stockmarket.  I thought it was going to be dull and that I wouldn’t understand anything, but it wasn’t.  It was good fun.”

I don’t tell this tale to blow my own trumpet, but to illustrate a point.

I seem to be constantly reading articles dealing with the subject of women and wealth and when you consider the statistics being quoted in some of these articles it’s perhaps little wonder.  There is a veritable tsunami of wealth which will land in women’s laps in the coming years.  The reason for this?  Sorry chaps, but it’s simply because most couples leave the vast bulk of their wealth to each other and women tend to outlive men.

The number of successful businesswomen is also growing; another source of great wealth in female hands.

Amongst these articles there’s a lot of useful guidance but it annoys me that women get singled out in this way, because the truth of the matter is that in most cases the same guidance could equally apply to most men.

An awful lot is being written about the fact that wealth managers MUST engage with women to ensure the future success of their businesses.  Apparently more than 70% of women fire their financial professional within a year of their husband’s death (source: The Boston Consulting Group) – well perhaps one of the things that tells us is that the professional was doing a poor job engaging with the wife before the husband died.

I agree that there are some areas where financial planning for a woman may differ from that for a man – overall, women tend to earn less and are far more likely to take career breaks to raise children.  But in terms of what they want from the person advising them, I’m not so sure there’s a huge difference between men and women.

In our experience when working with couples, whilst it might be the male partner who initiates the initial contact with us, the journey on which we embark with new clients is one in which both partners fully participate.  We believe that our job is to be there to help and guide the whole family, not just the husband.

Whilst we see evidence that our female clients’ goals and primary concerns may differ slightly from those of their partner (women tend to place much higher emphasis on helping out their children and grandchildren for example), these are nuances.  We are not dealing with a different species!

What does a woman want from her financial planner or investment manager?  She wants to be listened to and to feel that her views carry equal weight to her partner’s (if she has one).  She does not want to be patronised and she does not want someone spouting incomprehensible jargon at her.  She wants to know we care about HER, not her money.

She wants to focus on what she can control in order to give her the confidence she needs, to reduce stress and to help her build a sense of who she is and what she can accomplish.  She wants an environment where she feels comfortable sharing her fears and she wants to feel supported and encouraged.  Often, she is balancing a busy work life with the demands of her family and personal life.  She wants a relationship with a financial planner who understands her challenges and is committed to empowering her to achieve her dreams.

I believe that the root of the problem as to why women are either unhappy with their adviser, or are not bothering to consult one at all, is largely down to the testosterone-driven, male-dominated image portrayed by the industry.  On TV, and in films, the images we see of the financial world are generally variations on a theme of ‘Masters of the Universe’.

In the personal finance pages of the press women tend to be under-represented when comment is sought from the ‘experts’.

As in many areas of life, we identify with what we see.  I’ve spoken at several events held to encourage women of varying ages and backgrounds to think about money and financial planning.  What I hear repeatedly is that women don’t feel well served by our profession.  When all that women see is (predominantly) white males representing the world of finance, they find it much harder to see it as something which is ‘for them’.

The answer therefore, it seems to me, is to encourage more women into the profession.  Now, I am not a woman who believes that women make better financial planners than men, or that women only want to deal with women.  I work with two men who deal with far more clients than I do on a day to day basis.  They both display great empathy with clients, and I know that none of our female clients has a problem working with them.

I don’t know exactly why there are so few women working in more visible roles in finance (i.e. financial planners, fund managers, senior executives).  In the 30 years I’ve been working in the profession the number of women has barely changed.  I always say that an investment conference is the only gathering of hundreds of people where there will never be a queue at the ladies’ loos.  Mind you, when you consider some of the potential perks for a woman working in investment management it’s amazing that more women aren’t queueing up to join us, isn’t it?

Josh Brown recently wrote a searingly honest blog post about his perceived failure of his firm to recruit more female planners (which was the inspiration behind this piece).  It seems incredible that such a successful, ethical and highly regarded firm as his would have trouble attracting female planners.

That said, I refuse to give up hope.  As the financial planning profession continues to grow, and people start to realise there is an alternative to the ‘Masters of the Universe’ approach, I believe this will attract more women into financial services and in turn those women who feel they need guidance and help with their money will find a firm with which they can identify.

In the meantime, like Josh, we’ll be doing our bit to encourage more women into the profession and to provide a service for our clients that’s caring, and inclusive.

*not their real names