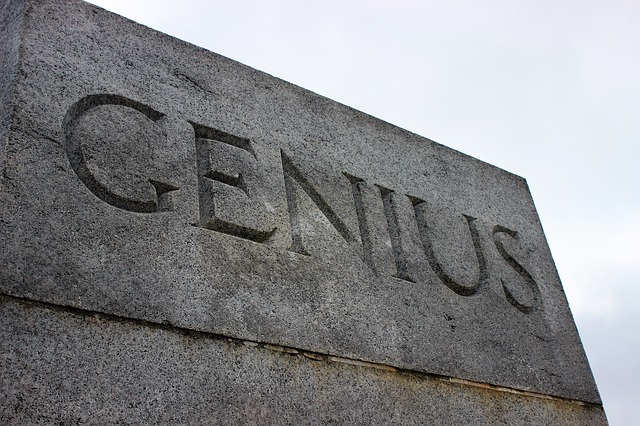 Posted at 14:30h in Investment, Risk by Carolyn Gowen

Vladimir Lenin died on 21 January 1924.  Although his wife begged for him to be buried next to his mother in the family plot, the Politburo had other plans, believing that his body should be preserved as a permanent monument to the revolution.  The Lenin Funeral Committee’s opinion was that his body must be preserved for science.

Which is how Lenin’s body came to be embalmed and displayed in a tomb in Moscow’s Red Square.  It needs to be regularly wiped clean of mould and is occasionally immersed in glycerol to prevent it from rotting, but after almost 90 years on display it’s in remarkably good condition.

As part of the embalming process, Lenin’s internal organs had to be removed.  Whilst the whereabouts of his heart remains a mystery, his brain was safely preserved for future detailed examination, although for two years nobody dared to touch it.

In 1926, German neurologist Oskar Vogt was asked to examine the brain.  Lenin was a genius, so the thinking went, and therefore it might be possible to derive vital information from it to explain – and perhaps map – the origins of that genius.

Vogt established the Brain Institute in Moscow, with the study of Lenin’s brain as his focus. Thousands of wafer thin slices of his brain were taken and studied.  Vogt and his team spent years examining these, completing a total of 14 volumes of written work recording their findings.

This vast body of work was never published.  Not until 1993 was one of the Institute’s scientist’s, Dr Oleg Adrianov, finally allowed to publish a paper.

The reason the teams’ findings were not allowed to be published any earlier?  Because there was indeed a secret hidden in Lenin’s brain.  A secret which the Soviet hierarchy felt must be kept buried.

The secret?  Lenin’s brain was no different to anyone else’s.  As Adrianov stated, “Frankly, I do not think he was a genius.”

The word ‘genius’ gets bandied about a lot.  I am a believer in genius, as opposed to exceptional intelligence, but I think it is much rarer an attribute than we think.

Investing is one area where we like to think genius resides.  So many investors spend their time seeking the Holy Grail – the fund manager who can beat the market, year after year, after year.

Let’s look at a couple of examples of fund managers who have been hailed as geniuses.

Between 1991 and 2005 Miller achieved the rare feat of beating the S&P 500 index for a straight 15 years. Given only a few active managers manage to beat the index in a single year, to have done so for 15 years was remarkable.

The fund lost 25% in the next five years.  Nothing changed in terms of Miller’s investing strategy.

Paulson is one of the best-known names in the hedge fund industry.  He made his fortune betting against subprime mortgages in the run up to the 2008/09 crash. He made so much money his personal tax bill on the profits he earned amounted to $1.5 billion.

The Paulson Partners Enhanced Fund went on to fall in value by 49% in 2016 and a further 35% in 2017, the latest in a four-year losing streak.  The total assets of the firm peaked in 2011 at $38 billion, but as the value plunged year after year investors voted with their wallets (no doubt crystallising losses in many cases) and total assets are now down to about $9 billion, 80% of which is owned by Paulson.

Neil Woodford has been labelled the ‘golden boy’ of UK active management for many years.  After a highly successful career with Invesco Perpetual, where over a span of 26 years an investment of £1,000 in his High Income fund grew to £25,000, he set up his own firm in 2014.  Billions of pounds followed him.  Since then, assets under management have tumbled from a high of £10.2 billion less than a year ago to £7.2 billion in March 2018.  Woodford has made several big trades, a few of which have gone horribly wrong, and he has been faced with having to sell some of his better performing investments to meet the redemptions, including large withdrawals from institutional investors such as Jupiter and Aviva.

Do any of these men deserve the description of ‘genius’?

All three of these fund managers have earned a reputation in the past of being somewhat maverick and going against the herd.  They also all made some huge decisions which paid off and some that didn’t.

There’s an intrinsic truth about investing: it’s incredibly hard to distinguish skill from luck, and you’d need a much, much longer time period of outperformance than any of the above have achieved before you could start to consider that skill might play a decisive part.

Nobel Prize winner Eugene Fama, and his colleague Ken French carried out a study and published an academic paper on this subject back in 2009.

Their findings were that “The fact that the aggregate portfolio of wealth invested in active mutual funds shows no evidence of manager skill does not mean no fund managers have skill… The challenge in answering this question is distinguishing skill from luck.  Even if no fund manager is good or bad, many funds will do well, and many will do poorly purely by chance.”

One of the major reasons why active funds underperform the market is down to costs.  Fama & French looked at gross performance returns to see whether this made any difference in terms of identifying skill:

“…when returns are measured before the fund expenses borne by investors, we find evidence that there are some true winners in the population of fund managers.

Keep in mind, however, that after costs, that is, in terms of returns to investors, we are back in the realm of Table 1 and Figure 1, where the evidence says that for the vast majority of funds true alpha* is negative.  And even for the top percentiles… strong past performance is probably due to chance.  Going forward, the estimates of true alpha for the top performers is close to zero – about the same as for an efficiently managed portfolio of passive funds.”

(*’alpha’ is the excess return on an investment relative to the return on a benchmark index.  For example, if you invest in a fund and it returns 20% in a year while the S&P 500 earned 5% during the same period, the alpha is 15.)

The conclusions drawn by the study support our view that the vast majority of investors would do better investing in a low-cost fund which tracks a broad market index rather than spending their time trying to find a ‘genius’ fund manager.

“Investing is not nearly as difficult as it looks.  Successful investing involves doing a few things right and avoiding serious mistakes.”