The Best Thing Money Can Buy Is Financial Freedom* 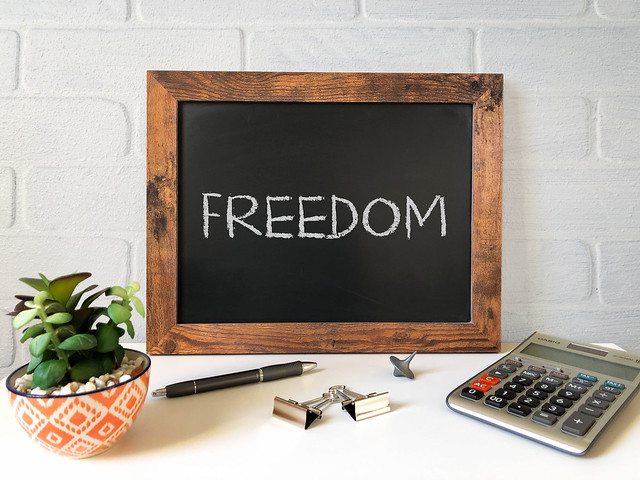 18 Sep The Best Thing Money Can Buy Is Financial Freedom*

Photo credit: Got Credit on VisualHunt / CC BY

Something weird happened last week. My husband, Eddie, commented on the situation regarding our mortgage.

To put this in context, Eddie generally displays absolutely zero interest in anything relating to our finances. At some point during our 30+ year history together, we somehow morphed somewhere along the way into a situation where I look after the household finances.

This suits me, as a control freak, and it suits him as he’d prefer to spend his time thinking about either his livestock, his farm machinery (an insane amount of his time seems to be easily devoted to this 🙄), our land, or how Norwich City are going to manage to stay in the Premier League this season (I’d say beating Man City last weekend was a good start 😉).

We’ve been in the property market since late 1987 when we bought our first house. At the time, ‘Mortgage Interest Relief at Source’ (MIRAS) existed, set up in 1983 in a bid to encourage homeownership. It was applied to the first £30,000 borrowed, and in 1987 unmarried couples each had their own allowance so as joint borrowers we received tax relief on the full £40,000 mortgage we took out. Our interest rate, from memory, was around 10%.

In Nigel Lawson’s Budget in March 1988 double MIRAS was abolished for new mortgages, but rather than it take effect immediately, the deadline was set for August that year. What followed, inevitably, was a massive housing price boom as borrowers rushed to secure loans benefitting from double MIRAS. We saw the price of our first house double in the space of nine months as people stampeded to get on the property ladder. We took the opportunity to sell and buy a bigger house.

Inevitably, as bust always follows boom, the housing market crashed not long after as interest rates were increased to try and control the housing market bubble. By 1990 we were paying 15% interest, and in 1992, for a brief couple of days when George Soros destroyed the pound, our mortgage rate breached 17%. As a result, we lost all the gain (and more) that we made on selling our first property. Happy days 😂.

So, what prompted Eddie’s sudden interest in our current mortgage situation?  Well, last week, while I was away, our quarterly mortgage statement arrived and Eddie decided to open it rather than leaving it for me as would usually be the case. So, when I got home, one of the first things he said to me was “We’ve nearly paid off our mortgage”. Which is true. And what’s more, we’ll pay it off about five years before the mortgage term ends.

How is it that we’ve managed to achieve this? Two things, really. One completely outside of our control, and the other probably the best financial decision I have ever made.

The thing outside of our control? Interest rates. This chart shows the one-month lending rate in the UK from August 1987 (when we purchased our first home) to today: 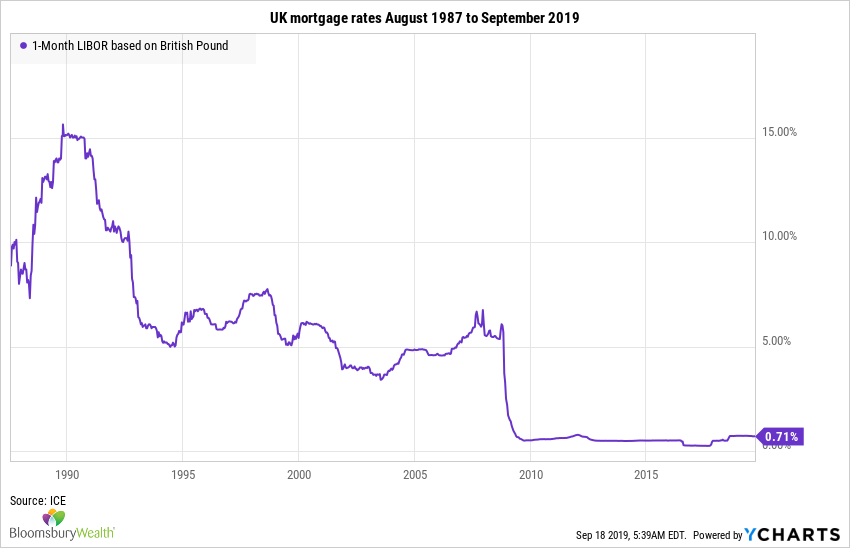 1-Month LIBOR based on British Pound data by YCharts

As you can see from the above, in the 1980s and 90s our borrowing costs went from insane to manageable, but the real game-changer occurred right around the time we moved to France in July 2007 and took out a French mortgage on our current home. Interest rates plummeted. Initially, we were paying 2.5% interest, but within a year that had fallen to virtually zero. Our current interest rate is the same as it has been since late 2008: 0.86%. For the last 11 years, we’ve basically benefitted from free money.

And the ‘best’ financial decision? Well, this was in two parts. Firstly, to take out a repayment mortgage (i.e. repaying both capital and interest) for the first time ever. All our previous mortgages had been on an interest-only basis. Part two was deciding not to change our repayment amount as interest rates fell, which has had the effect of rapidly accelerating the capital repayment. Now, part of that decision was made for me in that our French lending bank never offered to reduce our payments. But I could have asked. And at times, I got very close to doing so. I’m paid in GB pounds, and I have to convert a big chunk of my income to Euros each month to meet our living expenses so currency rates can have quite an impact: 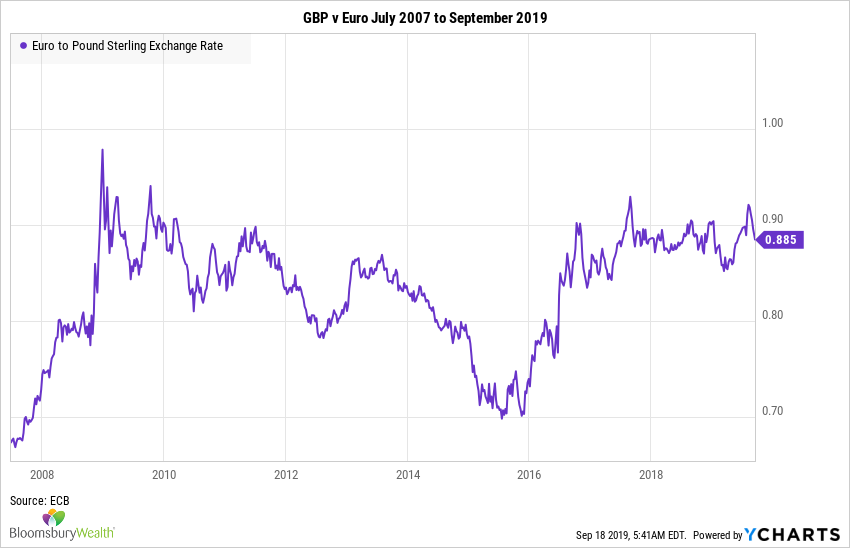 When we moved to France the exchange rate was €1.50 = £1. In early 2009 I basically took a 30% pay cut as the value of the pound went into freefall against the Euro, almost reaching parity. There were times during that period when we struggled to make ends meet, but I was determined to keep those loan repayments going.

Thankfully, we came through that and a combination of rising earnings and a more favourable exchange rate got us back on track. Of course, we’ve seen the pound plummet again in the last three years (thank you Brexit), but we’ve avoided lifestyle creep, so things have been far better this time around.

A lot of financial planning focuses on saving, and when interest rates are as low as they have been for the past ten years many people would advise holding on to debt and focussing on saving instead, but for me, knowing that we’ll repay our mortgage far earlier than planned gives me a much greater sense of satisfaction than seeing the value of my investments rise. For me, repaying debt means security and peace of mind. It gives us options and frees up cash flow. It means I will have more choices around gradually reducing the amount of time I work (I don’t see myself ever retiring fully).

Investing isn’t the be-all and end-all of a financial plan. You prioritise the things that are most important to you.

“Paying off debt is about the moment, not math.”
― Alan Maiccon