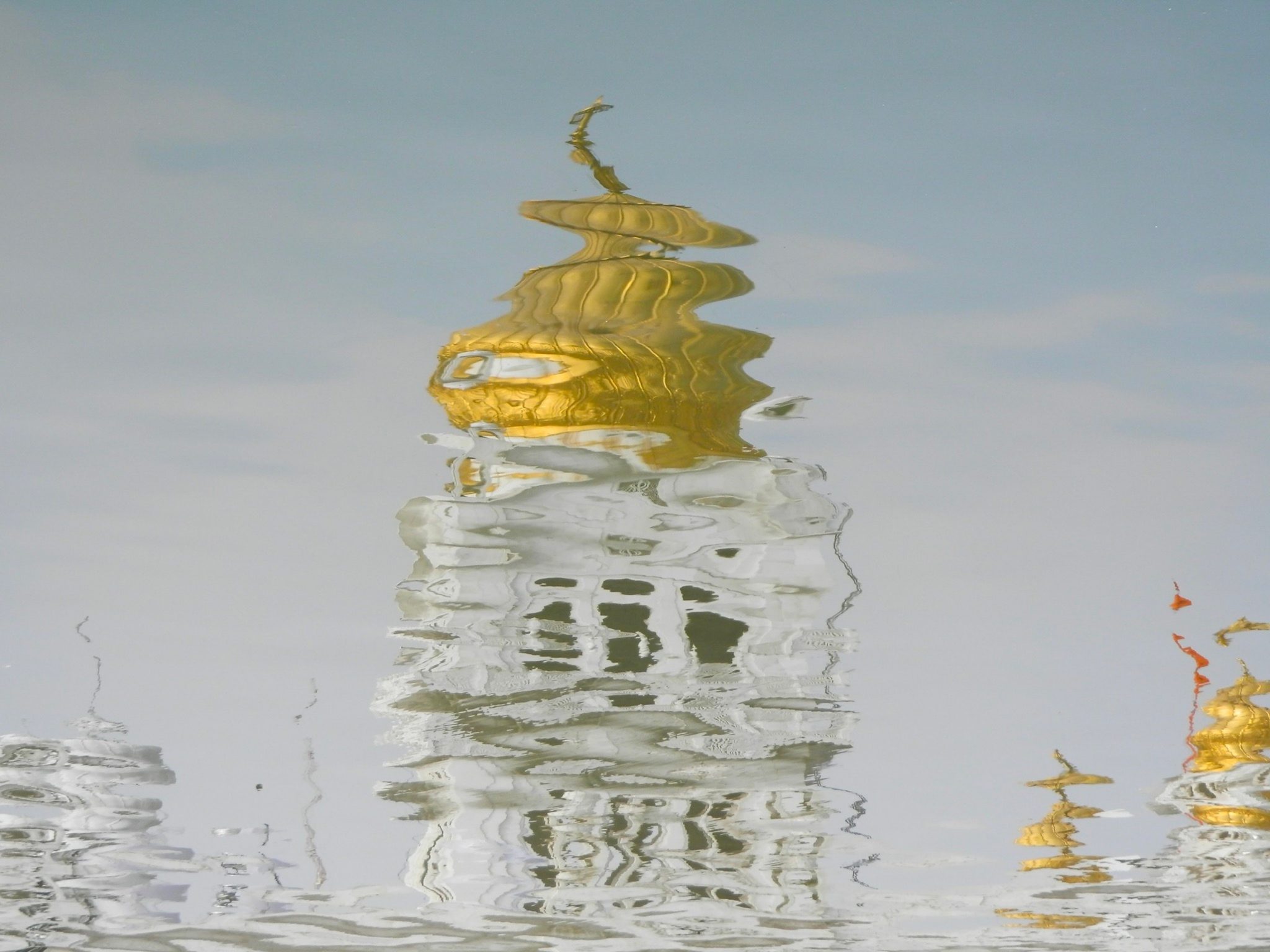 Posted at 10:00h in Clients, Financial planning by Carolyn Gowen

Photo by Shivam Dewan on Unsplash

“A nickel ain’t worth a dime anymore” – Yogi Berra

Remarkably, the Zimbabweans somehow managed to deal with this in terms of the price setting of goods. Throughout this period of hyper-inflation, day to day the ratios of prices stayed pretty steady even as the absolute prices continually changed.

US economist Irving Fisher published ‘Money Illusion’ – the theory that we tend to think of our wealth and income in nominal terms rather than real terms – in 1928, a slightly shouty treatise on how we relate to money and prices. It was his warning, after visiting Germany in 1922 and seeing first-hand the effects of rampant inflation under the Weimar Republic, against thinking that the pound in our pocket will always have the same value.

One of the points he tried to make in his book was that money is just an arbitrary means of purchasing ‘stuff’ and for being paid for the work we do. When prices are stable there is no need to give it much thought, but when prices are either rising or falling and therefore the purchasing power of money is changing, we need to pay a bit more attention.

Inflation is something we struggle to get our heads round. Our natural tendency is to think in today’s money terms (‘nominal’ values) rather than considering the effects of inflation and thinking in ‘real’ terms. We’re not helped by the fact that a lot of ‘data’ we get exposed to on a daily basis, particularly in the media, is presented in nominal terms – “The most expensive ever ___” (fill in the blank). It’s lazy journalism but it happens all the time.

There’s a school of thought that believes that we don’t factor in inflation because the maths is too hard. That may be right sometimes, but behavioural economists Amos Tversky, Eldar Shafir and Peter Diamond published a study in 1997 which suggested that maybe it’s not as simple as that.

In their study they presented a diverse group with the following scenario:

The group were asked who was doing better ‘in economic terms’ after their pay rise. The majority picked Ann, which is the ‘right’ answer to the question as her purchasing power increased by 2% compared to 1% for Barbara.

However, a second group, randomly chosen from the same pool as the first group (New Jersey airport travellers and shoppers in a shopping centre) were asked who was happier after their pay rise. Most of the group chose Barbara.

So, while the answers to the first question indicate people were able to do the maths and knew that Ann was the better off of the two, the responses from groups two and three indicate that we tend to think that the more we receive without adjusting for inflation, the happier we will be.

We instinctively know that thinking about money in terms of actual currency amounts is wrong and that we should be thinking in terms of purchasing power when there is price inflation, but we find it hard to ignore our sub-conscious which focuses on the monetary amount.

What Tversky and his colleagues concluded from their study was that the money illusion could be viewed as a form of anchoring. The nominal monetary amount is the anchor and the need for inflation adjustments is not sufficiently powerful to override it.

So, why is this behavioural bias important in the context of financial planning?

Well, when planning for financial independence and determining the level of wealth needed to meet the cost of your goals, ignoring the effects of inflation could have terrible consequences.

The fact that we are living longer than ever before is something to be celebrated, but it also means the amount of time when we are decumulating rather than accumulating wealth may also be much longer than for previous generations.

The last thing we want to do is to run out of money before we run out of life, or spend our latter years having to drastically reduce the amount we spend in order to avoid doing so.

After a decade of benign levels of inflation, it’s easy to forget that this is not the norm: 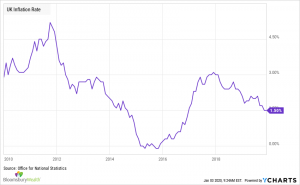 The 1970s might seem like the Dark Ages to many, but that decade – and inflation rates of over 20% – are well within living memory. 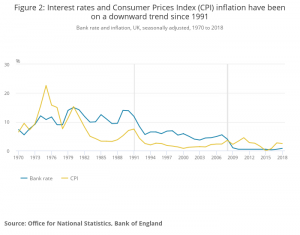 Even low levels of inflation will have a significant effect on purchasing power over time. The pot of money we accumulate to draw on in financial independence will not be worth the same 10, 20, 30 or 40 years from now. Its purchasing power will fluctuate, and generally decrease, over time.

When we are building financial plans for clients, we start by showing them what their lifetime cash flow looks like in nominal terms: 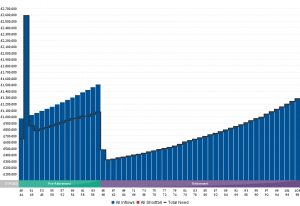 Then we adjust for inflation (our assumption for inflation is the Bank of England’s target rate of 2.5% and varying assumptions are made regarding the returns on different types of capital and income, whether invested or in cash): 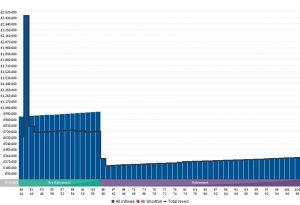 We also show them the value of their assets over time in nominal terms: 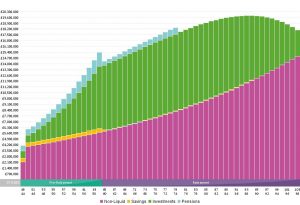 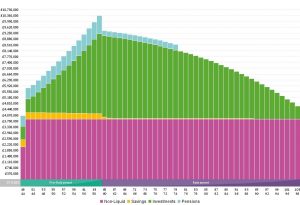 Even at relatively low levels, inflation has a massive impact over someone’s lifetime.

As we often say, no one wants to end up living on cat food

. Ignore inflation at your peril!