WeWork - Whose Side Are They On? 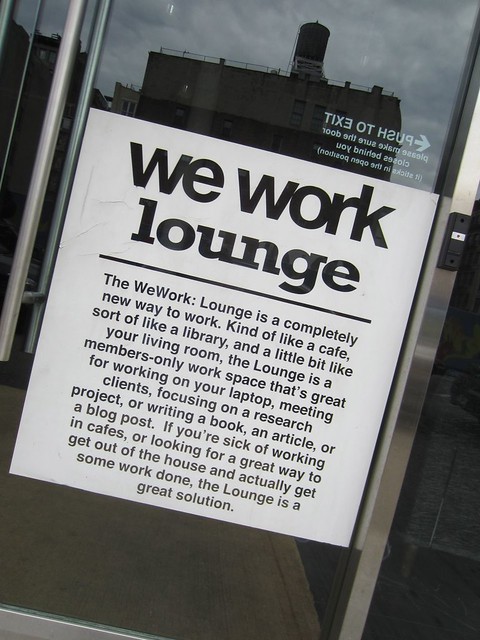 Posted at 10:30h in Investment, Risk by Carolyn Gowen

A few weeks ago I wrote a piece about the potential hazards from investing in Initial Public Offerings (IPOs).

Just over a month later, the IPO of what was then one of the most highly valued companies on the planet, WeWork, was pulled.

The reason given for that course of action was a lack of interest from investors. The ‘investors’ being the large investment banks, who during the IPO process commit to taking a certain number of shares, which they then sell on to their clients. As can be seen from the tweet by journalist Derek Thompson of The Atlantic, linked to above, over the past year these same investment banks valued the company at amounts ranging from $18bn to $104bn. In the run-up to the scheduled offering, the value was set at $47bn, presumably on the advice of the investment bank (J P Morgan) who won a fiercely contested beauty parade of several of the largest firms to play the coveted lead role.

Things appeared to start unravelling a couple of weeks ago when the prospectus was published and questions began to be asked about the loss-making unicorn, and its charismatic CEO, Adam Neumann, but the arguable turning point came on 16th August when Scott Galloway (Professor of Marketing at NYU Stern) published a piece entitled ‘WeWTF’.

Suddenly, investors were questioning the continuing losses the company was racking up, and the stability of its business model in the event of an economic turndown. Concerns were also expressed at some of the payments made to the CEO.

In the space of just a few days, the original IPO valuation of $47bn dropped to just $10bn and finally reached the point where it was determined that the listing would raise only in the region of $2bn, well below the cash injection needed to unlock an agreed $6bn credit line.

However, Prof Galloway wasn’t quite finished.  ‘WeWTF Part Deux’ was published on 20th September. It paints a pretty ugly picture and it remains to be seen whether his predictions play out, but it’s hard to imagine that the news just four days later that the CEO had been ousted was coincidental.

Whatever the ultimate outcome for WeWork, it’s been a sobering lesson for its founders. But the questions I’m asking about the whole sorry saga? How on earth were the sky-high valuations of WeWork arrived at by the various investment banks? And what might have happened if the IPO had gone ahead? As is so often the case, Josh Brown managed to sum up my thoughts perfectly (recorded before the IPO was pulled). This is the part you should never forget:

This is the part I never want you to forget.

Wall Street was THISCLOSE to selling you #WeWork at $50 billion.

Stop quacking like a duck and they’ll stop throwing breadcrumbs at you. pic.twitter.com/phV9Ubyn53

When someone is advising you, ask yourself whose best interests they have at heart.