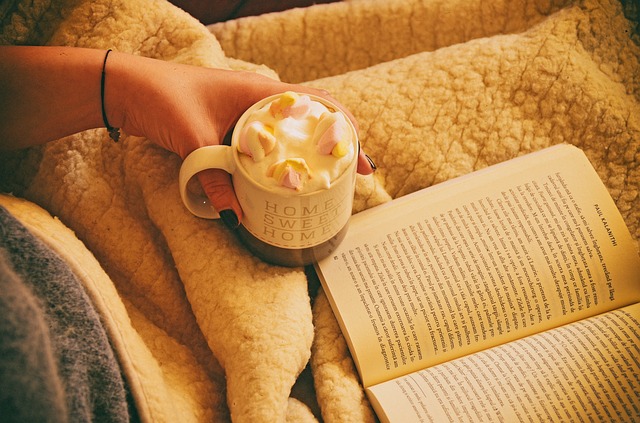 Posted at 14:33h in Books, Business, People by Carolyn Gowen

I keep hearing people say, “Where did January go?”, and admit I feel much the same.  The month seemed to be over remarkably quickly – which for me, at least, is odd as it’s a month that I normally find drags its feet.

My January reading was a mixed bag – five books started, but only three finished. Given that I only had six DNFs in the whole of 2018, that doesn’t seem like a good start. Still, the three I did finish were excellent.

Everybody Lies: What The Internet Can Tell Us About Who We Really Are – Seth Stephens-Davidowitz

Big data. It’s a phrase that gets bandied about a lot, but what does it really mean? And why is it important?

In simple terms, Big data is simply the huge amount of data which businesses use to help determine their strategies. It’s data so voluminous that traditional data software is unable to process it.

It’s important because it enables businesses to address problems they couldn’t tackle before, or weren’t even aware existed.

‘Everybody Lies’ is an exploration of how data obtained from the internet – if interpreted correctly – could be the most valuable data the world has ever had access to. It’s a look at Big data from a social sense.

The title refers to the undisputed fact that we all lie – to those closest to us, to friends and colleagues, to surveys etc (and definitely to Facebook!).

With whom do you share your darkest secrets and innermost thoughts? The chances are it’s not a person. For many of us, it’s Google. We don’t lie to Google.  The author believes that “Google searches are the most important dataset ever collected on the human psyche.”

He also believes that the Big data revolution is not about collecting vast quantities of data, it’s about collecting the right data.  And the reason that Google now dominates the search engine sphere is not that they collected more data than anyone else, but that they did it by finding a “better type of data”.

For example, the news media. There is a widely held belief that the newspaper media is biased toward the political left. Many accusations have been made that in terms of newspapers the media attempts to manipulate its readership to support left-wing points of view. The reality, however, is that whilst newspapers in aggregate do lean to the liberal left, this simply reflects the views of the newspaper readership. Newspaper readership, on average, tilts a bit left.

Research indicates that in conservative-dominated areas of the US the main newspaper tends to be conservative, and vice versa. So, media publishers, rather than trying to manipulate the people, are simply giving their readers what they want. Which makes perfect sense if you’re a media mogul trying to maximise your profits.

Some of the research the author carried out came up with some hilarious results. Others were more disturbing, especially in terms of the data which revealed “hidden explicit racism” in the US.  Americans might like to believe that Trump stoked racism on his way to victory in the 2016 Presidential elections, but the data suggests that he “rode a wave of white nationalism”. There’s no evidence that he created it.

Then there were the data examples which I found to be so sad and a clear indication that many of us turn to Google feeling that we have no one else to turn to. The author calls this “the second power of Big Data: certain online sources get people to admit things they would not admit anywhere else. They serve as a digital truth serum.”

For example, “Adults with children are 3.6 times more likely to tell Google they regret their decision than are adults without children.”

Or this: “In American schools, girls are 9 per cent more likely than boys to be in gifted programs. Despite all this, parents looking around the dinner table appear to see more gifted boys than girls. What then are parents’ overriding concerns regarding their daughters? Primarily, anything related to appearance.”

This book is a fascinating collection of research and anecdotes and the author is keen to highlight not just the benefits that having access to such data can bring to society, but also the potential for harm if the data is used in the wrong way.

In an age when, even if we haven’t handed over reams of our data to the likes of Facebook, we have probably given Google much more data than we think, this book is a good exploration of what this might mean for society in the years ahead.

My only fiction read of the month, and I enjoyed this book so much.

It’s the tale of three people – two men and a woman – and their life together. The two men have been friends since boyhood; the woman enters their life in young adulthood. The story is related in turn by the two men.

It’s a love story, a coming of age story, a story of loss and very emotional.  Beautifully written, and so evocative of the time period it covers – the section dealing with the start of the Aids epidemic in the 1980s was tough to read. How soon we forget what so many went through during those years.  It’s not a long book – the author has crafted her words in such a way that no one is superfluous – but packs a lot into those pages.

I finished this book in just a couple of days, but it stayed with me for weeks afterwards.  I think that says it all.

The Messy Marketplace: Selling Your Business in a World of Imperfect Buyers – Brent Beshore

I first came across Brent Beshore on Finance Twitter. Since then I’ve listened to several podcasts on which he’s been a guest and in each one, the one thing which – for me – stood out about him above all his (many) other attributes was his sense of integrity. Of doing the right thing, both in business and in his personal life.  That might seem an odd thing to say, but in Brent’s field (investing in privately owned businesses) it’s not always as evident as you might wish.

You only need to look at his firm’s website to see what the company is all about. From their strict “no assholes” policy to the statement “We Don’t Play Games” – what you see is what you get. A no-nonsense firm seeking to partner with good businesses which view the world in the same way they do. It’s refreshing.

The other attribute which soon becomes clear listening to Brent speak is that this guy knows his stuff. So, when he published his first book, I was very keen to read it.

Many of Bloomsbury’s clients are business owners and at some point, may look to sell those businesses. Whilst we can help our clients in terms of cashflow modelling and determining how much is ‘enough’ to sell the business for (a really useful figure to have in your mind when you are embarking on this process and financial independence is the end goal), if I can find a reliable guide that I might learn from and that might be of help to our clients, that’s a great tool to have in our kit.

The book is short – only 140 pages. But it’s long enough. There’s no waffle.  It’s a ‘How To’ book with a wealth of tips and practical information, and a lot covered that many business owners might not think of.  Although written from a US perspective, and therefore some of the processes will differ from those in the UK, most of the information in the book would be helpful to any small business owner looking to make a sale.

But besides the straightforward stuff such as the actual processes involved, Brent considers much more than that. He confronts the emotional aspect of selling a business – something the majority of ‘practical guides’ do not, yet it is a fundamental part of the process. As he says, the decision to sell a business is rarely only about money. For a successful small business, the best option is usually never to sell if money is the driving factor.

He covers ‘seller’s remorse’, which he states “…will happen to you”, and cautions “You should want your buyer to be wildly successful with your company and take it to new heights. If you think you’ll struggle with seeing them succeed, please don’t sell your company.”

There’s a lot of great ‘behavioural’ advice in this book. “Be a seller that attracts a great buyer”, (oh, and he tells you how to do this too

). Managing your emotions during the process will be hard. That’s only natural when you’ve possibly spent a lifetime investing your heart and soul into something you are rightly proud of.  As Brent says, “…selling a business is really, really hard, especially if you care who buys it.”

In my opinion, one of the most useful pieces of advice Brent imparts is to “Walk in the buyer’s shoes”. This can so easily be overlooked, but is, of course, crucial, not only to help in the whole negotiating and sale process but also to help you keep in the front of your mind “Investors don’t buy things to lose money.”

I learned a lot from reading this book, and the next time one of our clients is considering selling their business I would absolutely gift a copy of this book to them. I can’t give it higher accolade than that.