FIRE: A Few Things I've Learned Along The Way 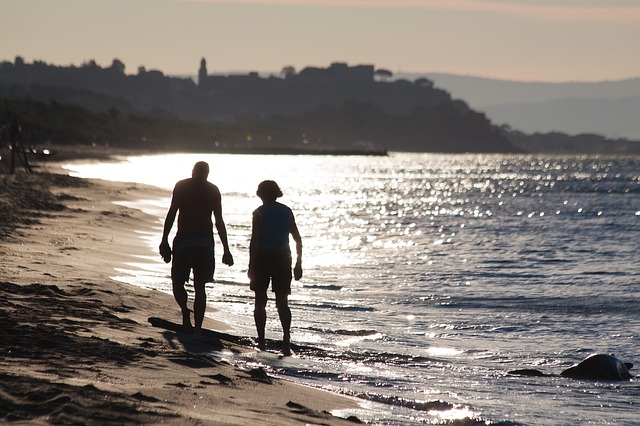 10 Dec FIRE: A Few Things I've Learned Along The Way

Image by Thanks for your Like • donations welcome from Pixabay

FIRE (Financial Independence Retire Early) is an online ‘movement’ I’ve been following for several years.  I read a select number of excellent blogs written by people who happen to have achieved it (is there a noun for this?  A FIREE? 🤔), although it’s far from being the only subject they blog about.

In recent weeks there’s been a mini flurry of posts which have piqued my interest, from  The Ermine, Indeedably and The Accumulator.

These posts were different but connected: Revisiting the circumstances in which paid work would be considered; questioning whether ‘stagnation’ has set in during COVID due to not working; and, from someone who hasn’t made the leap yet, the worries surrounding FIRE itself.

I happened to read all three posts in quick succession, which got me thinking.  I’ve been doing this job for 30+ years now.  I’ve helped hundreds of people reach FI.

Having seen so many people ‘cross the divide,’ I’m familiar with the issues that have cropped up and how stopping work has affected people, both positively and negatively. So, if there’s one thing I have on this topic, it’s data, because I’m an inherently nosy person (and my clients have been kind enough to indulge me over the years).

It’s always been a privilege to work with clients as they pass through the different stages of life, but I think the most rewarding is seeing people who have worked so hard being able to enjoy their financial independence and in many cases finally do things they’ve wanted to for years.

We have always defined financial independence as ‘the point at which paid work becomes optional’, which we feel is a sensible definition given that many of us enjoy our work.  Work is not something that we all want to give up just because we can.  FI is knowing that you’ve reached the point where if your boss/colleagues/clients/customers suddenly became unbearable, you could walk away.

In recent years, and especially since I’ve started on that glide path myself, I’ve been quizzing my current clients who have stopped working a bit more intensely about how they found the transition.

These clients range from those who retired in their early to mid-60s, to those who retired in their early 50s.  They stopped working between five and ten years ago.  Many of them eased themselves in by cutting down their hours over a few years.  Others went cold turkey.  Some were business owners, some in employment.  Some chose the point at which they ceased work; some had the decision made for them.

My clients may not be typical in terms of net worth (generally falling into the HNW/UHNW bracket), but every one of them is a typical human being

Probably the most surprising thing I have learned from talking about this with my clients is just how long it took them to adapt to not working.  I’ve read a lot of FIRE posts where the author has accepted it will probably take ‘a couple of years’ to adjust.  My advice would be, ‘Think again’.  Very few of my clients adapted that quickly.  The norm was five years.  The longest was seven.

Seven years.  That surprised me.  And that was someone who, on the face of it, did everything right.  He cut down his hours gradually.  He had full control over when he stopped.  He and his wife are keen golfers, own several properties around the world and love to travel.  He has never been bored.  So why did it take him so long to adjust? When I asked him that question, his reply astonished me.  “I went from being the CEO of a successful business to a nobody, overnight,” he said.  This isn’t some egomaniac.  This is a charming, modest gentleman.  It shocked him (and me) how much the loss of status affected him precisely because of the type of man he is.  Social status, even for those with the most modest of egos, can be more important to you than you think.

For others, the problem has been the sudden lack of structure to their days.  It’s not unusual for our clients to go from a working life filled with endless meetings and projects where their days were largely scheduled for them, to suddenly being able to do whatever they wanted, whenever they wanted.

It sounds terrific, but that kind of choice can be paralysing.  I can attest to this being a thing.  I cut my working week down to three days at the beginning of October and, nearly three months on, feel as though 90% of those extra ‘free’ days have been wasted.  It’s not that I don’t have other things to do, it’s that for some reason I’m just finding it hard to find the oomph to do them (and lockdown #2 didn’t help!).

Another client was made redundant.  He had achieved FI and had been planning to stop work within 12 months anyway.  Nevertheless, redundancy was a massive knock to his self-confidence, and a generous package didn’t help with that.  While many of his peers at the firm who were at a similar stage in life were envious of his position, he, in turn, envied theirs.  “You wonder what’s wrong with you, why it was you and not them,” he told me.  It took him years to get over that.

Many of my clients missed the day to day interaction with their colleagues.  They all love their families but hadn’t realised the extent to which they would miss their work ‘family’, especially in smaller businesses.

Boredom, something which was mentioned a couple of times by the bloggers, has not been an issue for our clients.  Most had busy non-work lives, some planned to travel extensively (and have done so) and some consciously planned what they would do once they stopped work.

For some years now, we’ve made a point of asking clients a few years before they plan to stop work, ‘What are you going to learn?’.  It acts as a trigger to start a conversation.  Have they thought about how they will fill their time?  It’s important to know, as boredom can easily set in.

Overall, our clients have dealt with the transition well, but many people don’t.  If you’re getting close to FI, there’s a tremendous amount of information online which could be of help to you.  It does make sense to have a plan.  Think about whether you will ease yourself in or just stop.  If that’s not 100% within your control (for example working part-time is not an option) plan for that.  Think about how you will fill your days.  Please don’t underestimate how long it might take you to adjust, and don’t beat yourself up about it.

And finally, for anyone who has reached FIRE and has found the RE bit is not all it’s cracked up to be – it’s OK to go back to work if you want to 😉.