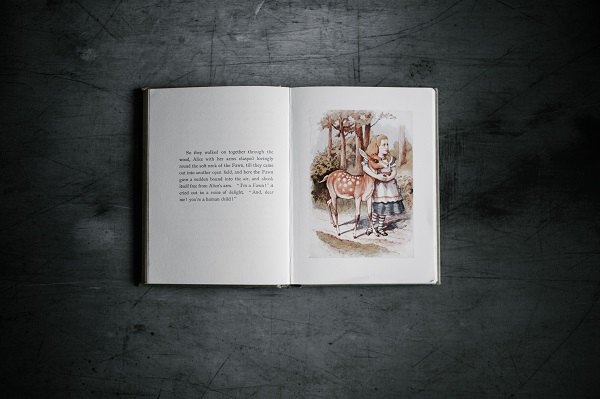 Posted at 14:01h in Books, Investment, Risk by Carolyn Gowen

Photo by Annie Spratt on Unsplash

A few months ago, I received an intriguing direct message on LinkedIn.

The message was from Ludo Phalippou with whom I’d recently connected.  He was messaging me to say that he’d been following my blog for a while and had just released a book on private equity (PE).  Would I be interested in receiving a copy?  I didn’t need to be asked twice

Ludo is an Associate Professor at Said Business School in Oxford and a Fellow of The Queen’s College, Oxford.  He has spent the last 15 years researching private equity and has been teaching on the subject for MBA/EMBA students for the last 10 years.  As well as being named as one of  “The 40 Most Outstanding Business School Profs Under 40 In the World” by the business education website ‘Poets & Quants’ in 2014, in 2016 he was also listed in ‘realdeal’ magazine as one of the 20 most influential individuals in private equity in Europe – the only academic listed.  He has a list of qualifications as long as your arm, including a PhD in Finance from INSEAD.

The foreword of the book states that it is designed for an MBA course on private equity.  Lacking an MBA in that, or any other subject, I was concerned as to whether the book might be a bit over my head, but as his students can attest Ludo “has a knack for simplifying complex concepts”.   A few of the equations were beyond me, but overall, I found this to be an engaging and very clear explanation of the subject, liberally sprinkled with humour.

The book is a comprehensive view of the PE world, starting with how companies raise capital and the role PE plays.  There’s no doubt that PE is becoming an increasing source of capital for start-ups, especially in the tech field and it seems it has never been easier for PE firms to raise capital from investors.

Most PE funds are unregulated, meaning they do not have to comply with the same rules as regulated funds when reporting on their track record and whilst it’s clear that PE has an important role to play in funding start-ups which may turn out to be the next Apple, or the company which finds a cure for cancer, the reality is that – for the vast majority of individuals – PE investing is not right for them.

Few investors have the capital required to invest directly into the shares of individual companies and therefore their only route to this asset class is via funds where their resources are pooled with those of other investors.  Welcome to the ‘black box’.   As Ludo demonstrates in his book, a PE fund tends to be opaque, can basically charge what it likes (and does not need to be transparent about those charges) and allows for a lot of ‘snouts in the trough’ much higher up the food chain than the fund’s investors.

An example given in the book is the basis on which management fees might be charged.   In an ordinary equity fund the annual fee would be calculated based on the value of the holding, with 1% being a fairly standard charge.

A PE fund might quote a management fee of, say, 1.3% per annum, which doesn’t seem too excessive. However, it’s the basis on which that fee is charged which is critical.   PE funds are, by their nature, difficult to value, and any valuation by the fund managers is understandably subjective, hence the fees might instead be based on the net invested capital.   So far, so good.   However, charging fees on a net invested capital basis might lead to the fund manager rushing to invest the cash to maximise their fees. This often therefore  leads to the fee basis, during the investment period, being based instead on capital committed.   So, say you commit £100,000 to a fund and only £10,000 of it is invested straightaway. You could be charged 1.3% of £100,000 even though 90% of it remains in cash.

Whilst there are certainly PE firms who strive to act ethically, there has been significant criticism of some firms which have bought out mature companies, often using large amounts of debt to do so.  Ludo quotes the example of former Prime Minister of Denmark, Paul Nyrup Rasmussen, who in 2008 was quoted in The Guardian: “The big private equity funds have proven to be a menace to healthy companies, to workers’ rights… These leveraged buy-outs leave the company saddled with debt and interest payments, its workers are laid off, and its assets are sold.   A once profitable and healthy company is milked for short term profits, benefiting neither the workers nor the real economy.”   The dark side of PE.

The conclusion drawn in the book is that investing in a PE fund is unlikely to be a rewarding investment, and since being invited into an ‘inner circle’ of a small group of investors given the opportunity to invest directly into individual companies is both a high-risk strategy and unsuitable for the vast majority of investors,  I’d be inclined to agree.

If you’re interested in an in depth, yet very accessible book on private equity and how it works, then I’d definitely recommend Ludo’s book.

Ludo was also recently interviewed by Robin Powell of The Evidence Based Investor.  You can read the interview here