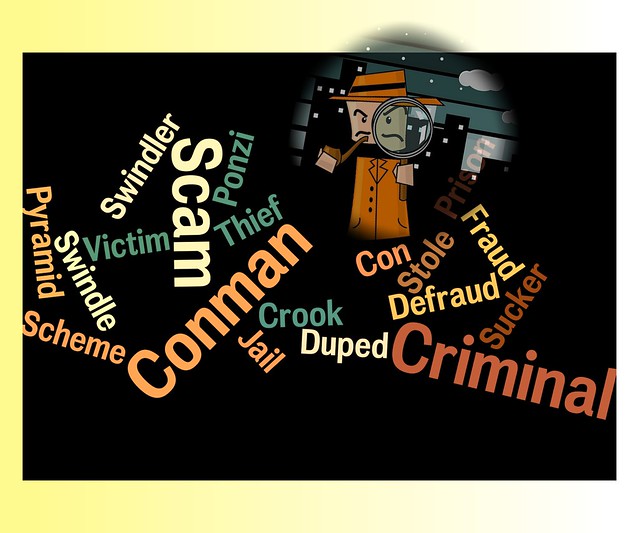 Posted at 09:28h in Behaviour, Investment, People by Carolyn Gowen

Psychologist Tim Levine has been conducting versions of the same simple experiment throughout his career.

Several students are invited to take a trivia test.  If they get the questions right, they are awarded a cash prize.

The students are given a partner to help them out – someone they’ve never met before.  An instructor oversees the test, but partway through is called away.

Pointing to an envelope the instructor has left on her desk, the partner says “I don’t know about you, but I could use the money.  I think the answers were left right there.”

In about 30% of cases, the students cheated.

After the test, the students were interviewed and asked if they cheated.  No one admitted to lying.  These interviews were filmed and have been shown to a wide range of people.  In one instance, Levine divided the tapes in half – twenty-two liars and twenty-two telling the truth.  On average, those who watched all forty-four videos guessed the liars only 56% of the time.  Other psychologists have tried similar experiments, and the average was 54%.

Even the experiment itself proved this.  As Levine points out, the point at which the instructor just ‘happens’ to be called away and just ‘happens’ to leave the test answers on her desk should logically have got warning bells ringing in the students’ heads.  And in fact, sometimes it did.  Some students did think it might be a setup, but they pushed those doubts away because, crucially, they rarely twigged that the partners were fake.

Levine calls this the Truth-Default Theory. Our default mode is to accept that people are telling the truth.  When you think about it, that makes perfect sense.  Society simply couldn’t function unless this were true.

What’s more, it takes quite a lot to move us out of this default mode.  We need not just one piece of evidence, which often does no more than plant a seed of doubt in our minds, we need to get to the point where the doubts mount up to the extent that we can no longer explain them away.

Malcolm Gladwell explores this theory in his latest book ‘Talking to Strangers’. The book looks at how our inability to move out of ‘Truth-Default’ mode coupled with our conviction that we know others better than they know us enables us to be hoodwinked by criminals and liars for so long.

It’s how double agents go undetected for years; it’s why the spouse initially dismisses the unusual charge on the credit card, it’s why it often takes so many years for child abusers to finally be exposed.

And it’s how Bernie Madoff got away with the biggest Ponzi scheme in US history for over twenty years.

It may have been a fraud that spanned twenty years, but it’s not as though people didn’t have their doubts about him long before he turned himself in.  Gladwell quotes one hedge fund which held a stake in Madoff’s fund – Renaissance Technologies, founded by a group of mathematicians – as having discussed their doubts back in 2003.

Their discussions concluded that they didn’t understand how Madoff was generating the returns he was reporting.  So, they sold their stake, right?  Well, no. They reduced it by half.  They had their doubts (although they had never entertained the thought that what Madoff was doing might have been fraudulent), but those doubts weren’t enough to nudge them out of truth-default mode.

Renaissance wasn’t alone in its suspicions.  From hedge funds to wealth managers to the investors themselves and even the Securities & Exchange Commission (SEC), the US’s primary financial regulator, the rumours and warnings were rife for years.  Yet the SEC did nothing because apparently the doubts weren’t enough.

There was one person, however, who was not afflicted by truth-default.  Harry Markopolos was a derivatives trader turned independent fraud investigator.  His suspicions about Madoff began in the late 1980s. He and a few colleagues conducted an investigation into Madoff’s fund and Markopolos first contacted the SEC with their findings in 2000.  He was ignored.  He approached them again in 2001, 2005, 2007 and 2008.  As he later testified before Congress in 2009:

“I gift-wrapped and delivered the largest Ponzi scheme in history to them, and somehow they couldn’t be bothered to conduct a thorough and proper investigation because they were too busy on matters of higher priority.  If a $50 billion Ponzi scheme doesn’t make the SEC’s priority list, then I want to know who sets their priorities.”

What was different about Markopolos that he wasn’t hampered by defaulting to the truth?

Markopolos grew up in Erie, Pennsylvania.  The family ran a chain of fish and chip outlets.  During his childhood, Markopolos witnessed a tremendous amount of theft – from diners trying to leave without paying, or stealing silverware and tableware, to employees stealing the stock.

His experience led him to the default belief that people lie and steal.  He does not need to be nudged from a position of doubt because he never doubts.

Even though we may not adopt Markopolos’ approach to life there’s still a lot we can do to avoid becoming the victims of financial fraud:

– If it sounds too good to be true, it probably is – walk away

– If you don’t understand it – walk away

– There’s no risk without reward. If someone is suggesting there is – walk away

We might think that if more people adopted Markopolos’ approach, society would be the better for it, but as Levine points out this would be disastrous for society.  He believes that the trade-off between the truth-default and the risk of being the subject of fraud is

“a great deal for us.  What we get in exchange for being vulnerable to an occasional lie is efficient communication and social coordination.  The benefits are huge, and the costs are trivial in comparison.  Sure, we get deceived once in a while.  That is just the cost of doing business.”

If you’ve ever been the victim of fraud, this might sound heartless.  By trusting too much, fraudsters and criminals benefit.  But as Gladwell rightly points out, if everyone on Wall Street behaved like Harry Markopolos, there would be so much suspicion and paranoia that there would be no Wall Street.